Manchester City 4, Tottenham Hotspur 3, 17/04/2019. Etihad Stadium, Champions League. Home supporters waiting for their team to arrive outside the Etihad Stadium before Manchester City played Tottenham Hotspur in a Champions League quarter final, second league. The first leg was played the previous week at Spurs' new stadium which they won 1-0. The second lead resulted in a 4-3 win for City however Tottenham progressed to the semi-finals against Ajax on the away goal rule as the teams finished 4-4 on aggregate. Photo by Colin McPherson. 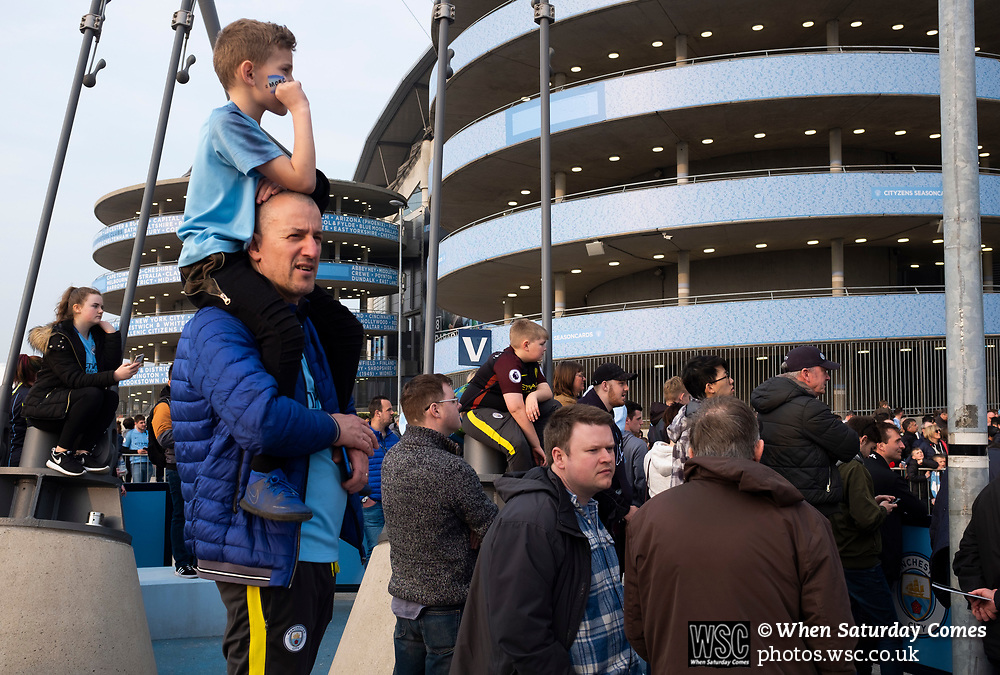