Shildon 0 Warrington Rylands 0 (4-5 pens), 17/04/2021. Dean Street, FA Vase Fourth Round. Both team’s players watching the penalty shoot-out as Shildon (in red) take on Warrington Rylands in an FA Vase Fourth Round tie at Dean Street. Formed in 1890, the home club are members of the Northern League Division One with their rivals playing in the North West Counties League Premier Division. The away team won the match 5-4 on penalties after a 0-0 draw over 90 minutes, in a fixture played without spectators permitted due to ongoing Covid-19 restrictions.spectators permitted due to ongoing Covid-19 restrictions. Photo by Colin McPherson. 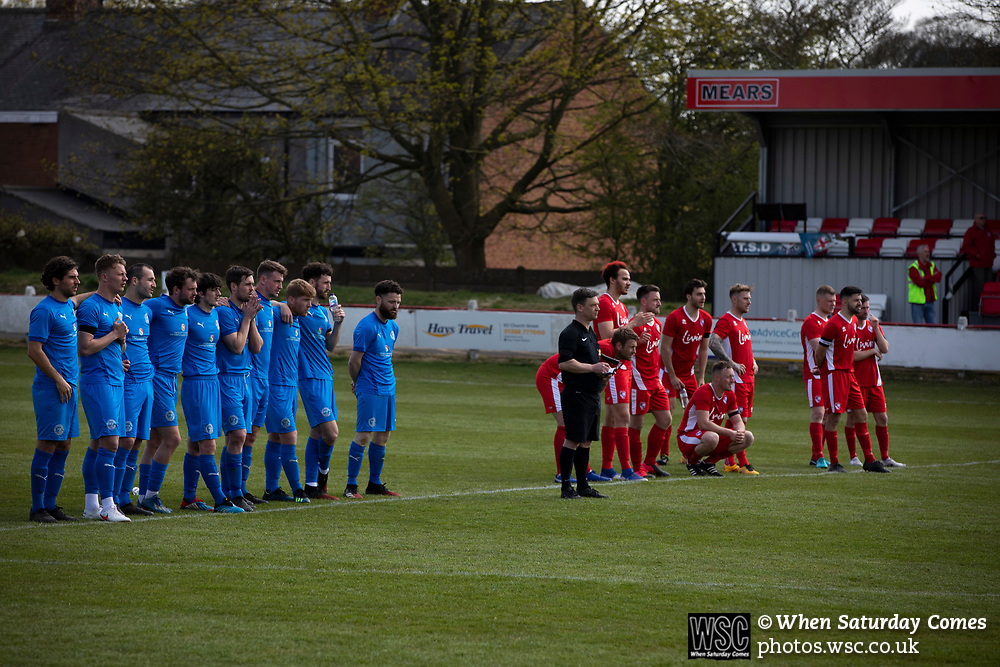