Macclesfield Town 0 Gateshead 4, 22/02/2013. Moss Rose, Football Conference. The match officials and players walking on to the field before Macclesfield Town (in blue) host Gateshead at Moss Rose in a Conference National fixture. The visitors from the North East who were in the relegation zone, shocked Macclesfield with four first half goals and won 4-0 in front of 1467 fans. Both teams were former members of the Football league, with Macclesfield dropping out in 2012. Photo by Colin McPherson. 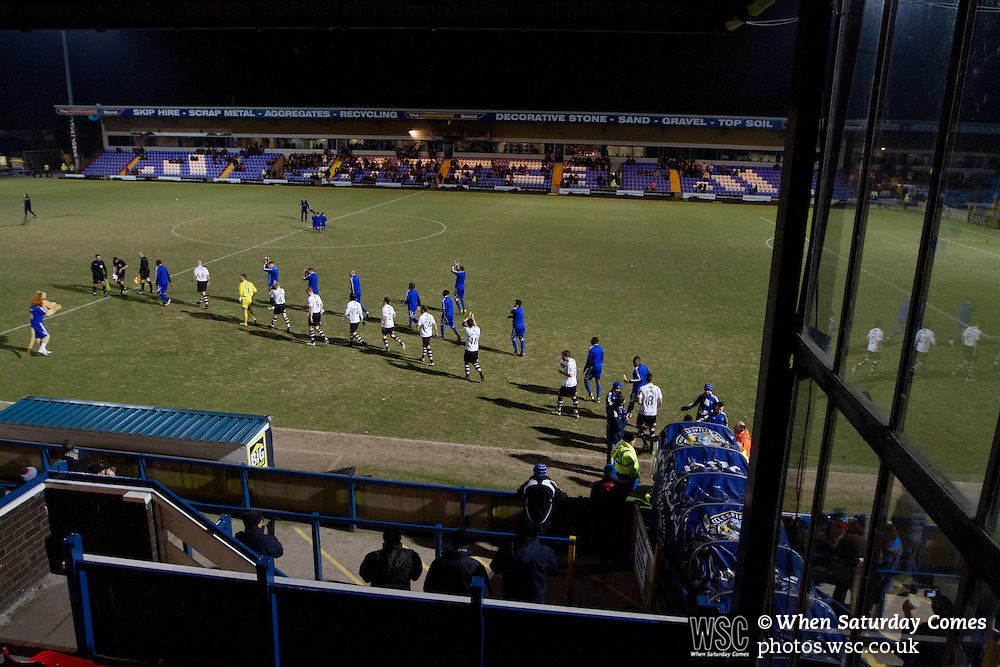