Vale of Leven 3 Ashfield 4, 03/09/2016. Millburn Park, West of Scotland League Central District Second Division. Cricketers from the neighbouring club watching the action during the second-half action at Millburn Park, Alexandria, as Vale of Leven (in blue) hosted Ashfield in a West of Scotland League Central District Second Division Junior fixture. Vale of Leven were one of the founder members of the Scottish League in 1890 and remained part of the SFA and League structure until 1929 when the original club folded, only to be resurrected as a member of the Scottish Junior Football Association after World War II. They lost the match to Ashfield by 4-3, having led 3-1 with 10 minutes remaining. Photo by Colin McPherson. 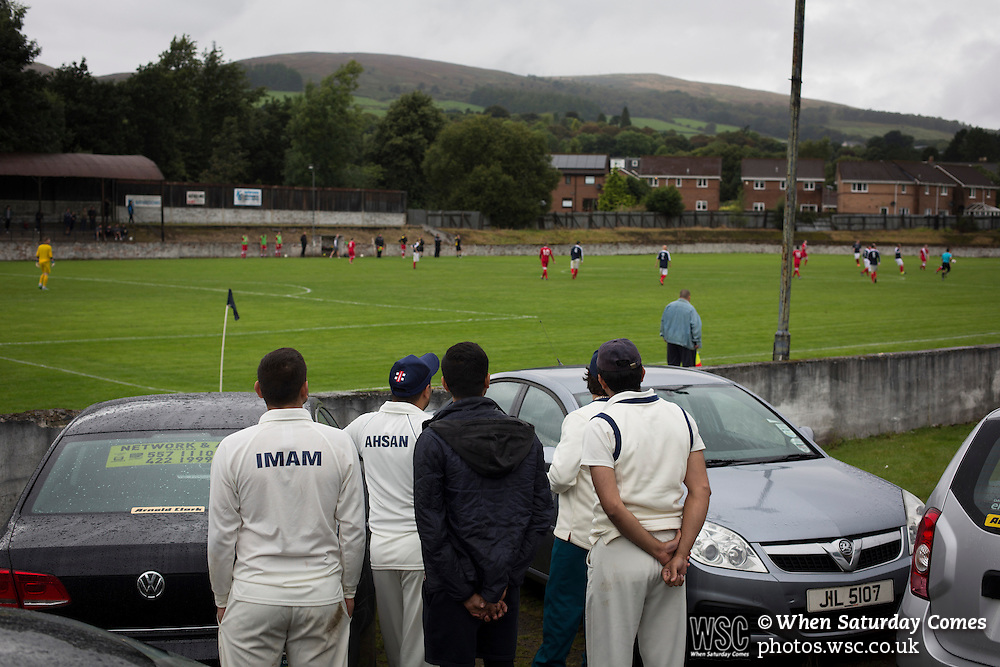