Former Argentina international footballer Pedro Pasculli (centre), pictured at Nantporth Stadium, home of Bangor City, where he was appointed manager in October, 2019, alongside club owner Domenico Serafino (left) and technical director Max Leghissa . This was the 1986 World Cup winner's 13th management position, having previously been in charge of the Albania and Uganda national teams as well as a host of clubs worldwide. Bangor City competed in the Cymru Alliance, the second tier of Welsh football having been demoted due to financial irregularities at the end of the 2017-18 season. The club was owned by a consortium involving the Vaughan familial but was bought by Italian Domenico Serafino and a group of investors in September 2019. 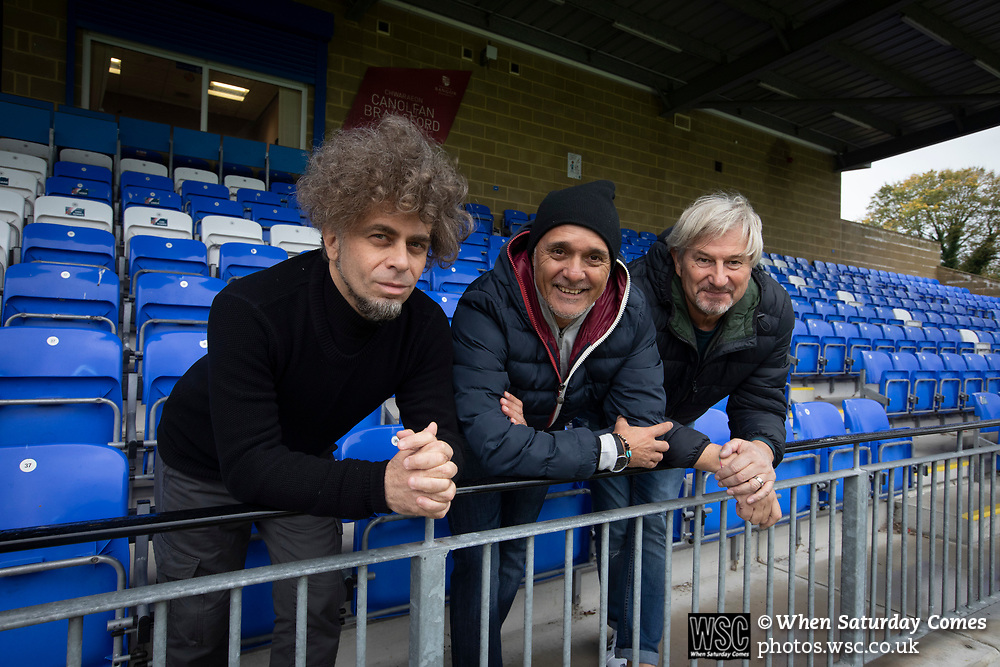