Faroe Islands 0 Scotland 2, 06/06/2007. Svangaskard, Toftir, Euro 2008 Qualifying. Scotland striker Garry O'Conner getting off the team bus outside the main stand before the Euro 2008 group B qualifying match at the Svangaskard stadium in Toftir between the Faroe Islands and Scotland. The visitors won the match by 2 goals to nil to stay in contention for a place at the European football championships which were to be held in Switzerland and Austria in the Summer of 2008. It was the first time Scotland had won in the Faroes, the previous two matches ended in draws. Photo by Colin McPherson. 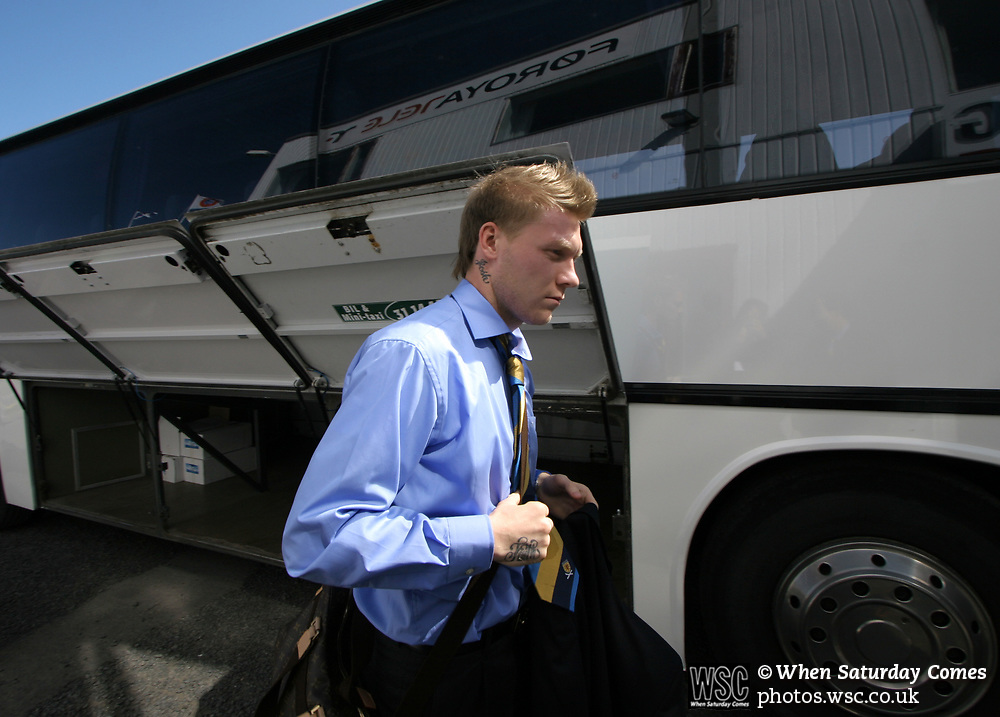