Boldmere St. Michaels 2 Worcester City 2, 16/10/2021. The Tom Brown Memorial Ground, Midland Football League Premier Division. Two spectators paying in at the turnstile before Boldmere St. Michaels play Worcester City in a Midland Football League Premier Division match at the Trevor Brown Memorial Ground in Sutton Coldfield. The home club were formed in 1883 and have played in local and regional football ever since, whilst the visitors were formerly one of the leading non-League clubs in England before a move from their St. George's Lane ground in 2013 started a downward spiral in their fortunes. Worcester City won this match 2-0, with a double from Aaron Roberts, despite playing for an hour with 10 men, watched by a crowd of 169 spectators, mainly away fans. Photo by Colin McPherson. 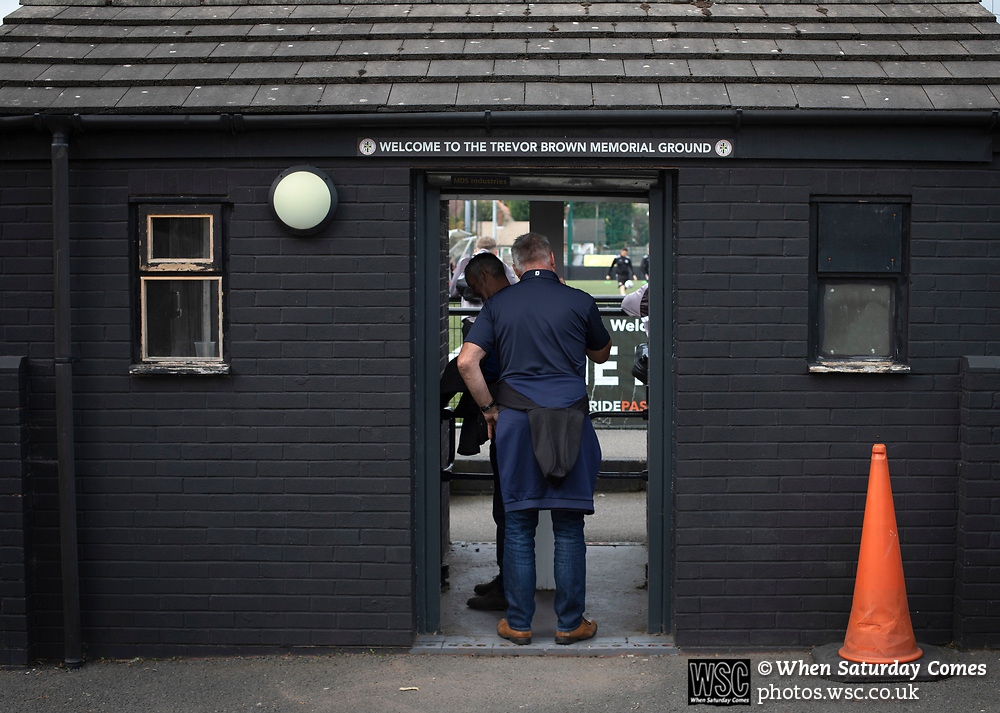