Coventry City 1 Birmingham City 1, 10/03/2012. Ricoh Arena, Championship. An overflowing rubbish bin next to a 'Wall of Fame' dedicated to former home goalkeeper Steve Ogrizovic outside the Ricoh Arena, pictured before Coventry City hosted Birmingham City in an Npower Championship fixture. The match ended in a one-all draw, watched by a crowd of 22,240. The Championship was the division below the top level of English football. Photo by Colin McPherson. 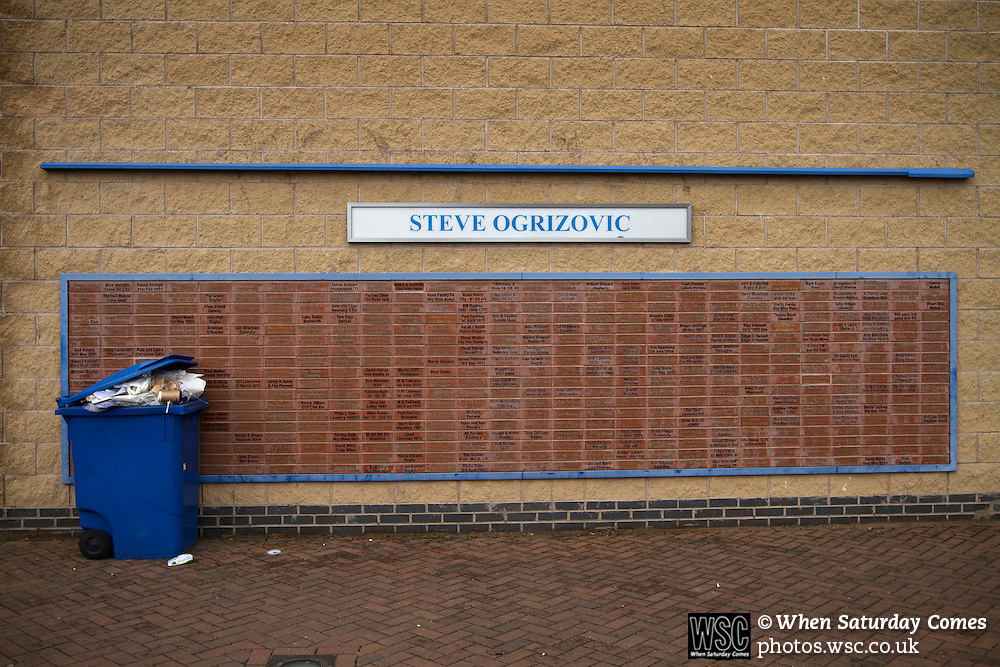