The players exchanging handshakes at the final whistle after Cambrian and Clydach Vale (in blue) took on Cwmbran Celtic at King George's New Field in a Welsh League Division One match, the top division of the Welsh Football League and the second level of the Welsh football league system. The club, formed in 1965 reached the final of the 2018-19 League Cup final and can count on ex-England manager Terry Venables as a former club chairman. Cambrian and Clydach Vale won this match 2-0, watch by a crowd of around 100 spectators. 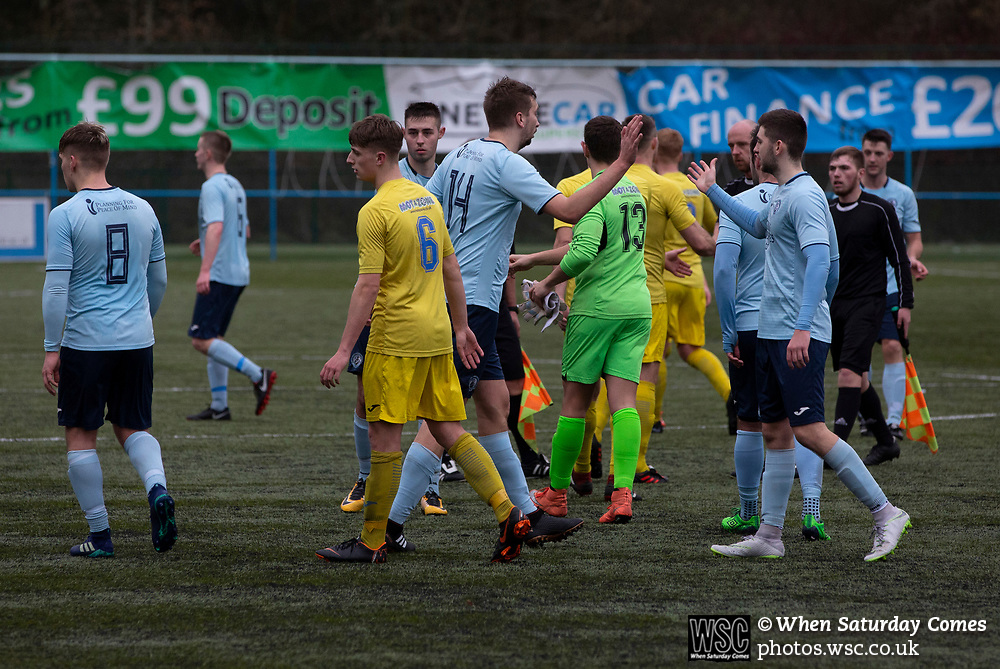