Edinburgh City 1 Brora Rangers 1, 25/04/2015. Commonwealth Stadium, Pyramid play-off 1st leg. Home players during a pre-match warm up before the first-ever pyramid play-off match between Edinburgh City and Brora Rangers at the Commonwealth Stadium, Meadowbank. Lowland League champions Edinburgh City and Highland League champions Brora both progressed to a play-off to decide whether there would be a club promoted to the Scottish League for the first time in its history. The match ended in a 1-1 draw, the second leg was held the following week in Brora. Photo by Colin McPherson. 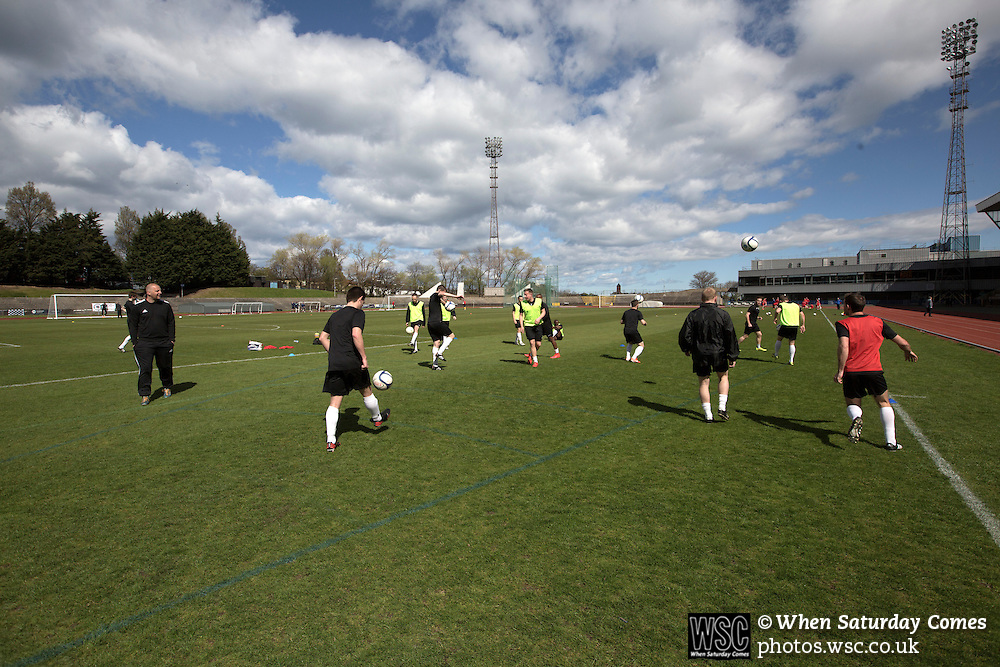