Arbroath 1 Queen of the South 1, 13/11/2021. Gayfield, Scottish Championship. Home team’s goalkeeping coach Rob Douglas taking part in his team’s pre-match warm-up before Arbroath play Queen of the South in a Scottish Championship fixture at Gayfield Park. Formed in 1878, the home club has played on the site of their current ground since two years after their formation and are best known for their world record 36-0 victory in a Scottish Cup tie against Bon Accord in 1885. This match, watched by 1408 spectators against their visitors from Dumfries ended 1-1, which left Arbroath sitting near the top of the second tier of Scottish football. Photo by Colin McPherson. 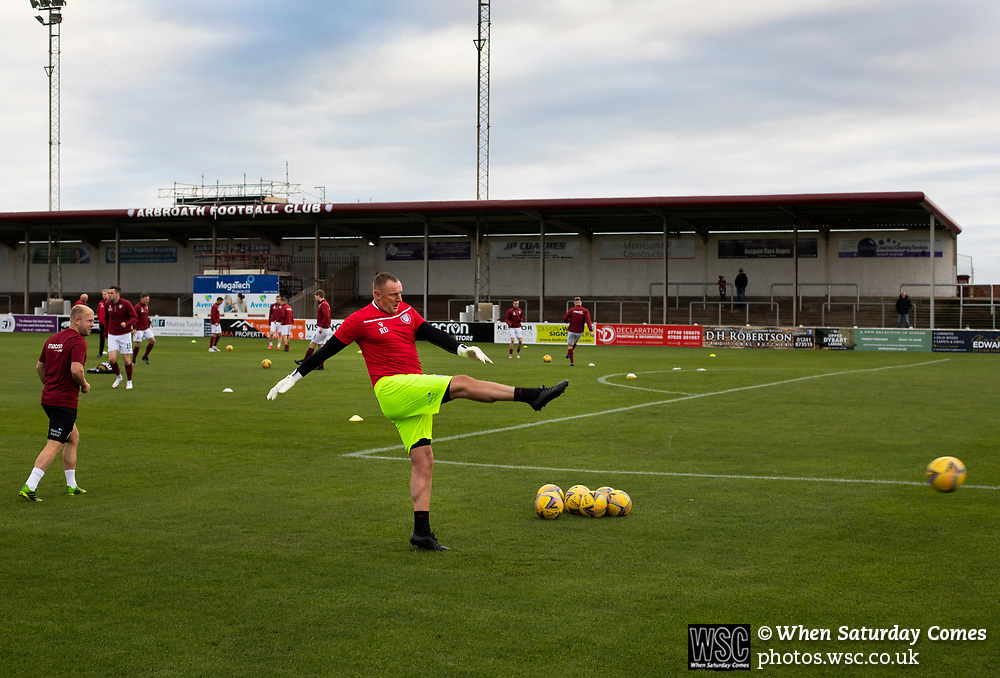