FC Halifax Town 1 Mickleover Sports 1, 23/04/2011. The Shay, Northern Premier League. Midfielder Simon Garner holding his head in disbelief as he misses a chance at The Shay, home of FC Halifax Town (in blue), on the day that they were presented with the Northern Premier League Premier Division championship trophy following their match with Mickleover Sports, which ended in a 1-1 draw in front of a crowd of 2,404. The club replaced Halifax Town A.F.C. who went into administration during the 2007–08 season, having previously been members of the Football League for 80 years. Their promotion meant they would play in Conference North in the 2011-12 season. Photo by Colin McPherson. 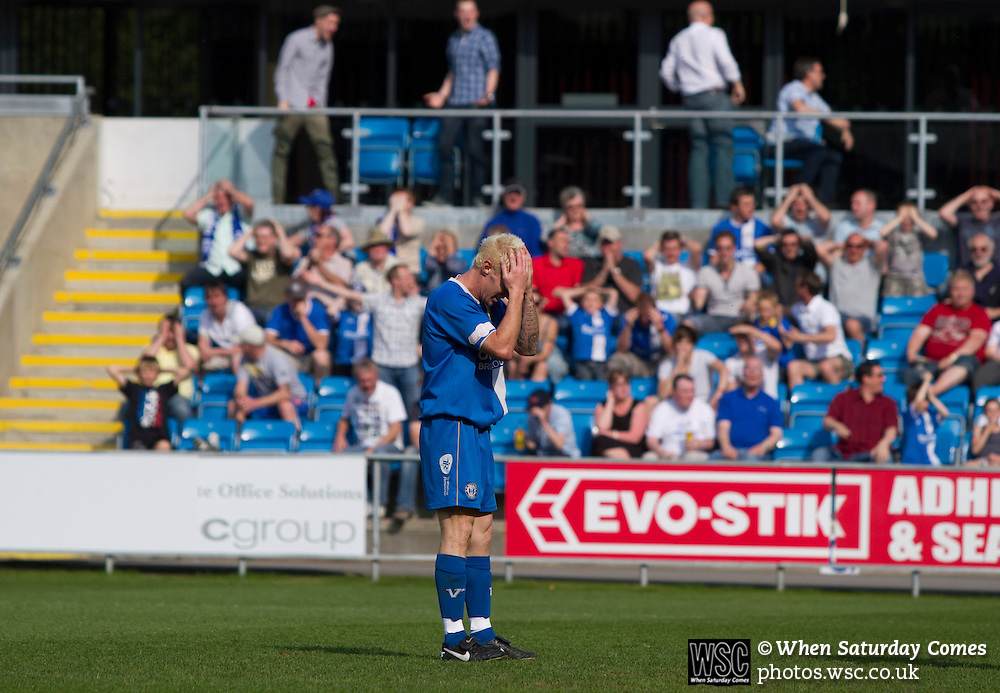