Hertha Berlin 1 Sporting Lisbon 0, 16/12/2010. Olympic Stadium, Europa League. The home players emerging from the dressing rooms before the start of the second half as Hertha Berlin take on Sporting Lisbon in the Olympic Stadium in Berlin in a UEFA Europa League group match. Hertha won the match by 1 goal to nil to press to the knock-out round of the cup. 2009/10 was the the first year in which the Europa League replaced the UEFA Cup in European football competition. Photo by Colin McPherson. 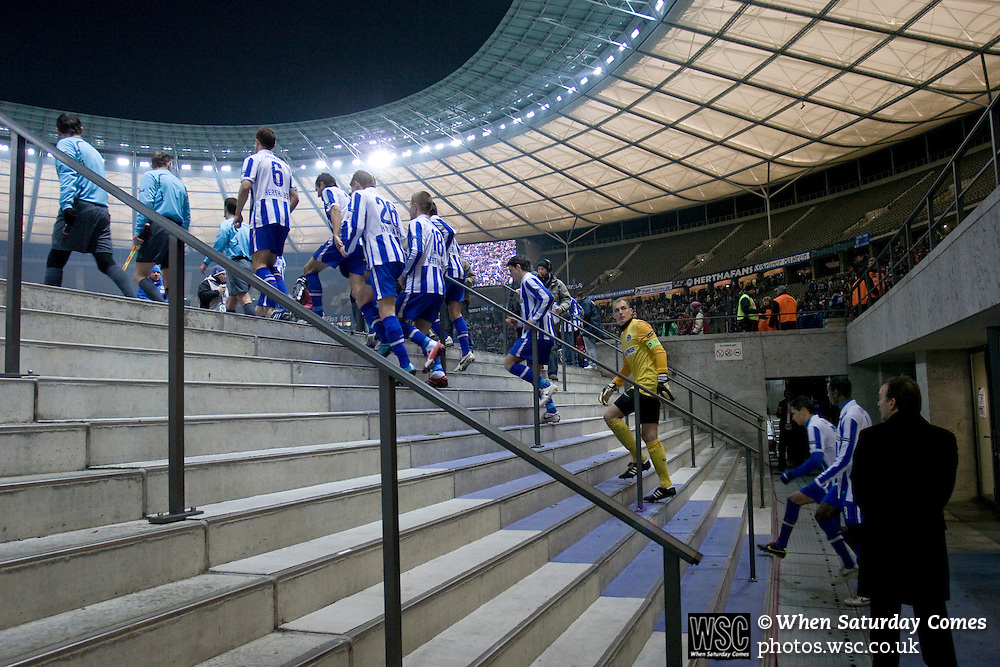