Bangor City 0 FC Honka 1, 23/07/2009. Racecourse Ground, Europa League. The five travelling supporters of FC Honka from Finland celebrating their team's goal at Wrexham's Racecourse Ground, the venue for their sides Europa League second round second leg tie against Welsh club Bangor City. The match had to be staged away from City's Farrar Road ground as it did not meet UEFA's stadium standards. The Finns won 1-0 in Wales to go through 3-0 on aggregate in front of 602 spectators in the first season of the newly-introduced competition which replaced the UEFA Cup. Photo by Colin McPherson. 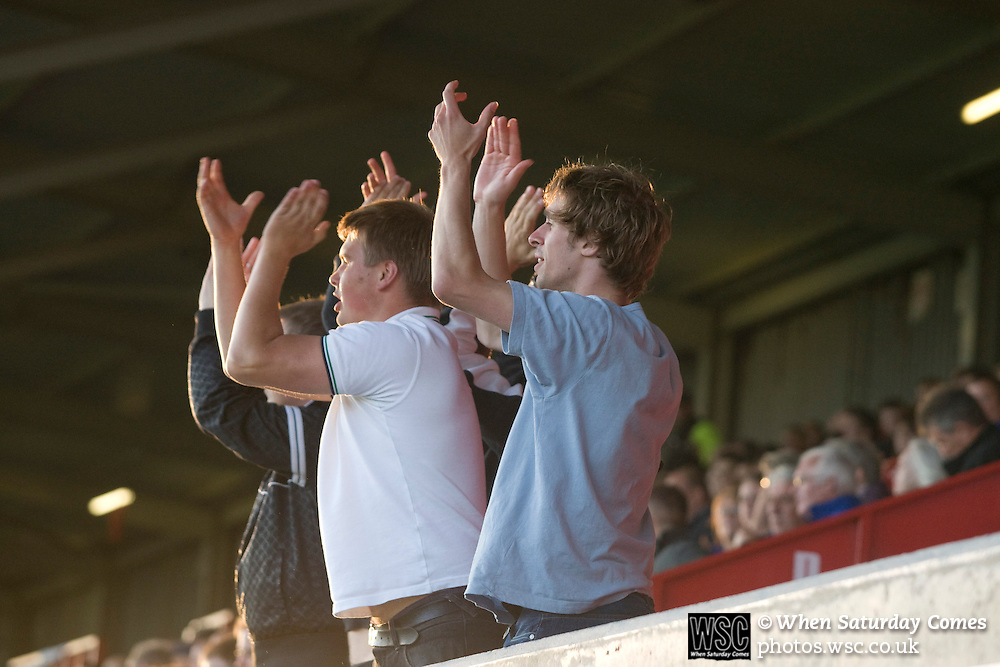