Ukraine 2 Scotland 2, 11/10/2006. Olympic Stadium, Euro 2008 Qualifying. Scotland fans, members of the Tartan Army, queueing for match tickets in the centre of Kiev prior to their team's match against Ukraine, attract the attention of a local television cameraman. Ukraine defeated Scotland 2-0 after a goal-less first half in this Euro 2008 group qualifying match played at the Olympic Stadium in Kyiv (Kiev). This was the first competitive international match between the countries. Photo by Colin McPherson. 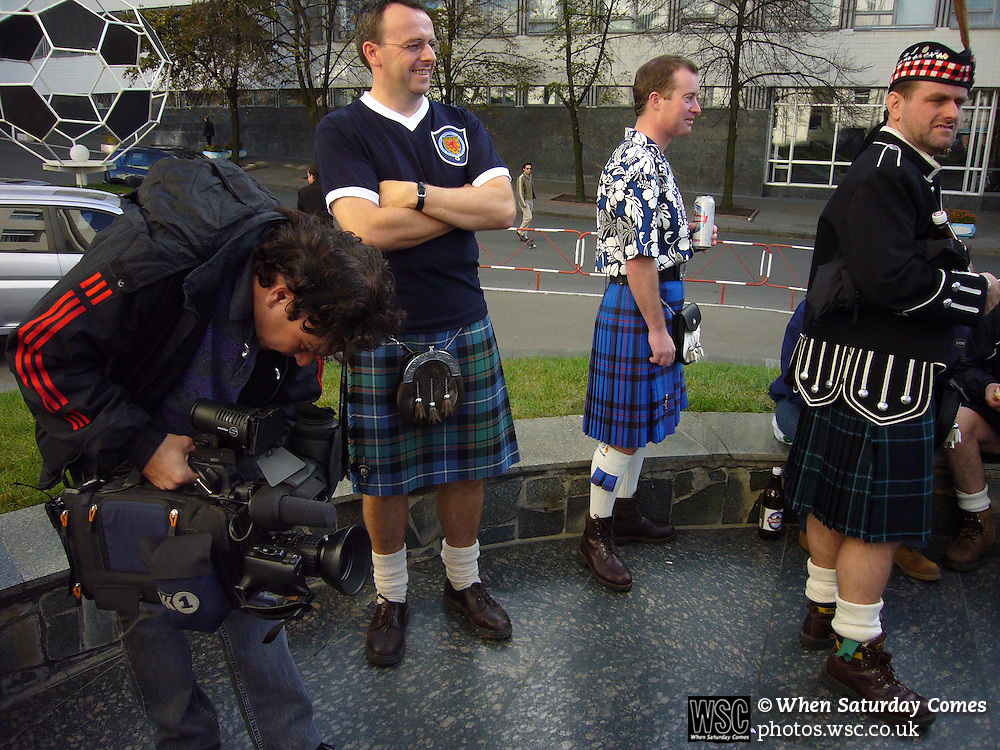