The New Saints 4 Bohemians 0, 20/07/2010. Park Hall Stadium, Champions League 2nd qualifying round 2nd leg. The New Saints players celebrating their second goal scored by Matty Williams in the 14th minute at Park Hall Stadium, Oswestry during their team's Champions League 2nd qualifying round 2nd leg game at home to Bohemians. Despite leading 1-0 from the first leg, the Dublin club went out following their 4-0 defeat by the Welsh champions. The match was the first-ever Champions League match in the UK played on an artificial pitch and was staged at the Welsh Premier League's ground which was located over the border in England. Photo by Colin McPherson. 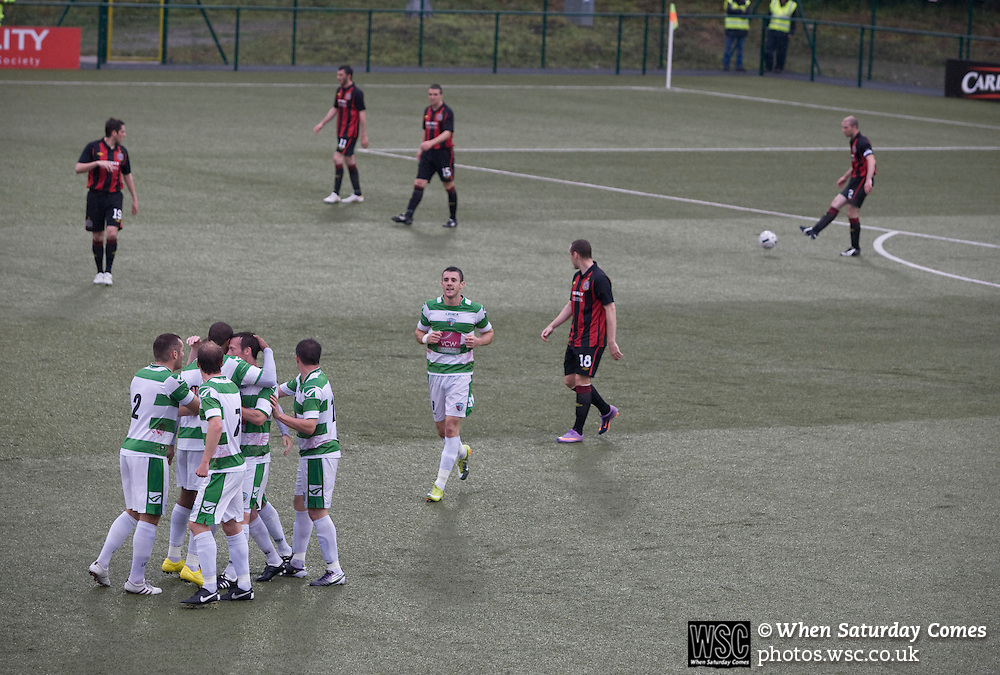