Chester City 1 Altrincham 3, 21/11/2009. Deva Stadium, Football Conference. Home supporters in the West Stand watching the first-half action at the Deva Stadium, Chester, home of Chester City Football Club (in blue), during the club's Blue Square Premier fixture against Cheshire rivals Altrincham. The visitors won by three goals to one. Chester were in administration at the start of the season and were penalised 25 points before the season began. Photo by Colin McPherson. 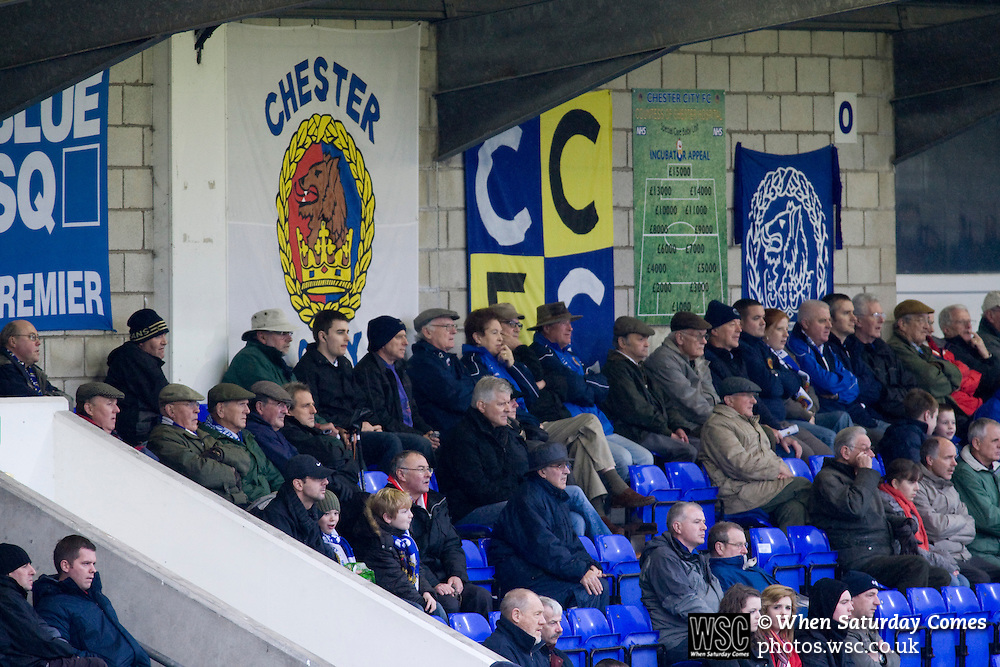