Redcar Athletic 1 Holker Old Boys 2, 31/10/2020. BM Bi-Folding Doors Football Park, Redcar, FA Vase First Round. The home side press for an equaliser in the closing stages of the second-half as Redcar Athletic (in blue) host Holker Old Boys in an FA Vase First Round tie at the BM Bi-Folding Doors Football Park, Redcar. The club was established in 1993 as Teesside Athletic but changed to Redcar Athletic in 2010 and were promoted into the Northern League Division Two in 2018. The visitors from the North West Counties League won this match by 2-1, watched by a crowd of 197 spectators. Photo by Colin McPherson. 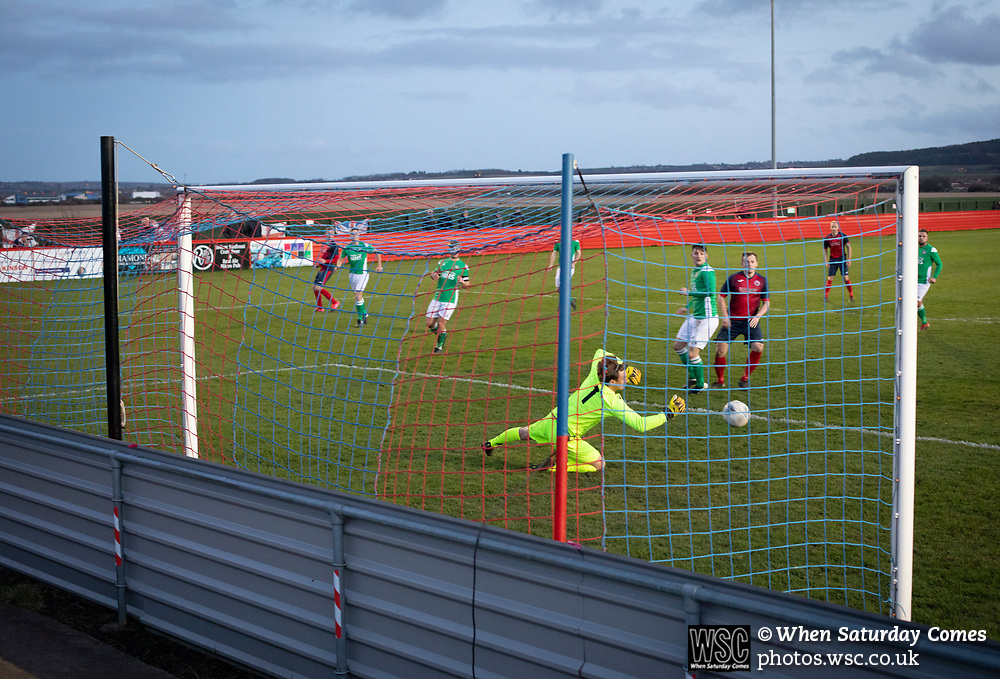