FC United of Manchester 8, Glossop North End 0, 28/10/2006. Gigg Lane, Bury, North West Counties League division one. An FC United of Manchester footballer lying injured and receiving treatment during his side's 8-0 defeat of Glossop North End in a North West Counties division one match at United's home stadium, Gigg Lane, home to Bury FC. The match was staged on People United Day, an event started in 1999 which brought together fans from across Europe to campaign against racism. FC United were formed in the summer of 2005 by supporters of Manchester United in response to the take over of their club by American millionaire Malcolm Glazer and his family. The club entered the football pyramid at the lowest level with the intention to climbing through the leagues. FCUM won the match 8-0, watched by 3257 spectators. Photo by Colin McPherson. 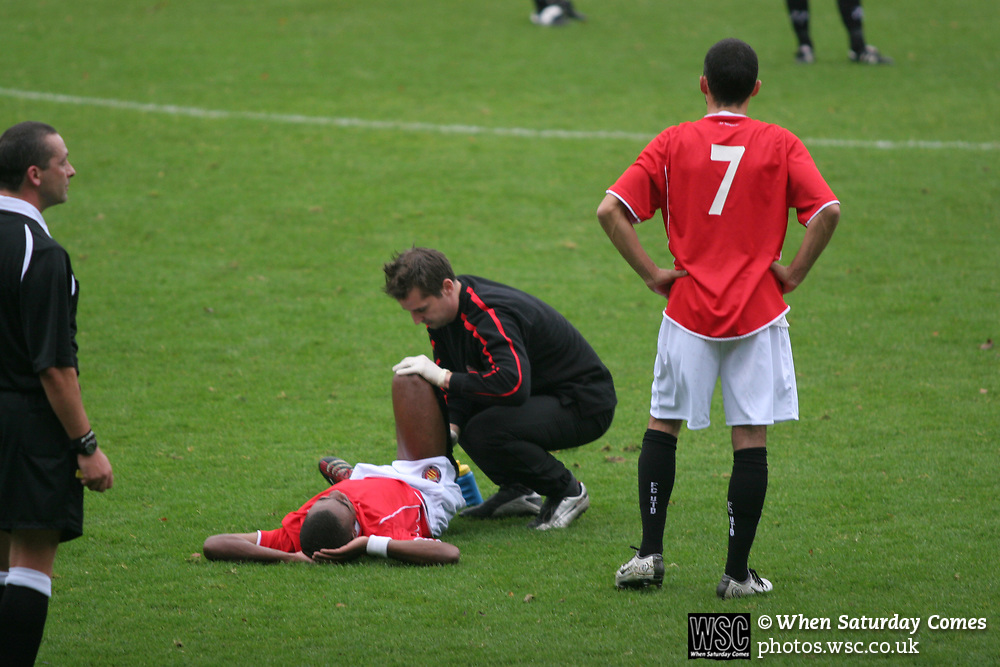