Burnley 1 West Ham United 3, 18/10/2014. Turf Moor, Premier League. The Jimmy McIlroy stand and Turf Moor, home of Burnley FC seen from the adjoining cricket club, pictured on the day the club hosted West Ham United in an English Premier League match. The fixture was won by the visitors by three goals to one watched by 18,936 spectators. The defeat meant that Burnley still had not won a league match since being promoted from the Championship the previous season. Photo by Colin McPherson. 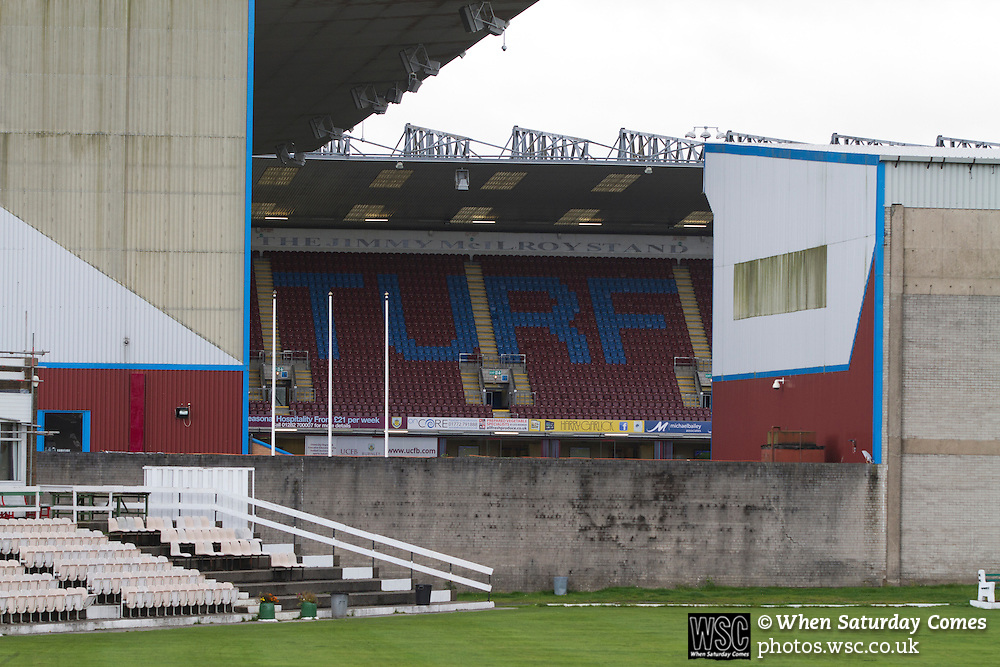