Gornal Athletic 4 Wisbech Town 2, 02/02/2013. Garden Walk Stadium, FA Vase 4th round. Visiting players and supporters celebrating their team's second goal at Garden Walk Stadium, during the FA Vase 4th round tie between Gornal Athletic from Dudley in the West Midlands and visitors Wisbech Town. Gornal, from the Midland Alliance and appearing for the first time at this stage of the tournament, defeated Wisbech, who play in the Eastern Counties League, by 4-2 after extra-time, after the visitors had lead two-nil after 10 minutes. The FA Vase was a nationwide, non-League English football tournament for semi-professional clubs and the winner of this tie played away at Bodmin Town in the next round. Photo by Colin McPherson. 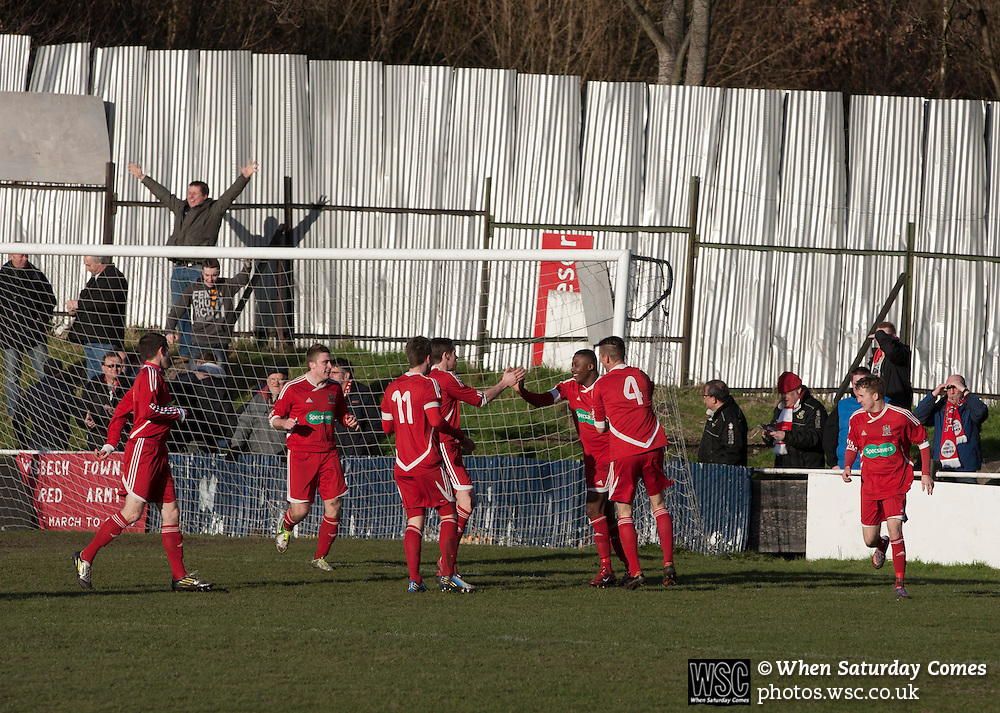