Home manager Carl Jarrett pointing something to his coach during the first-half at Mount Pleasant as Marske United (in yellow) take on Billingham Synthonia in a Northern League division one fixture. Formed in 1956 in Marske-by-the-Sea, the home club had secured automatic promotion to the Northern Premier League two days before and were in the midst of a run of six home games in 10 days as they attempted to overtake Morpeth Town to win the league. They won this match 6-1 against already relegated Billingham, watched by a crowd of 196. 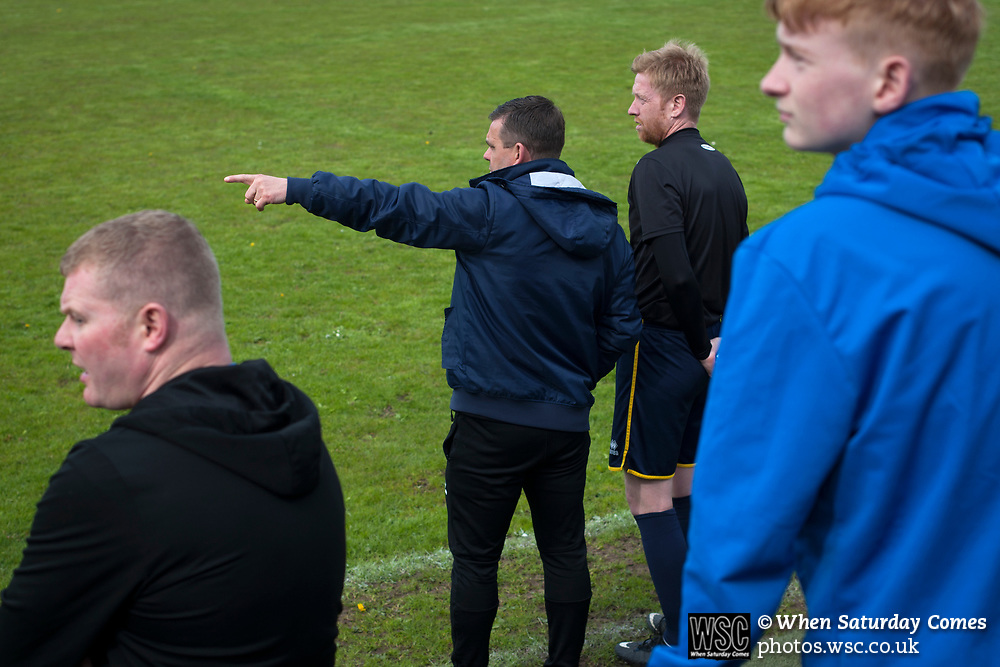