Burnley 1 West Ham United 3, 18/10/2014. Turf Moor, Premier League. Home supporters filing out of the stadium at the end of the Burnley versus West Ham United English Premier League match at Turf Moor. The fixture was won by the visitors by three goals to one watched by 18,936 spectators. The defeat meant that Burnley still had not won a league match since being promoted from the Championship the previous season. Photo by Colin McPherson. 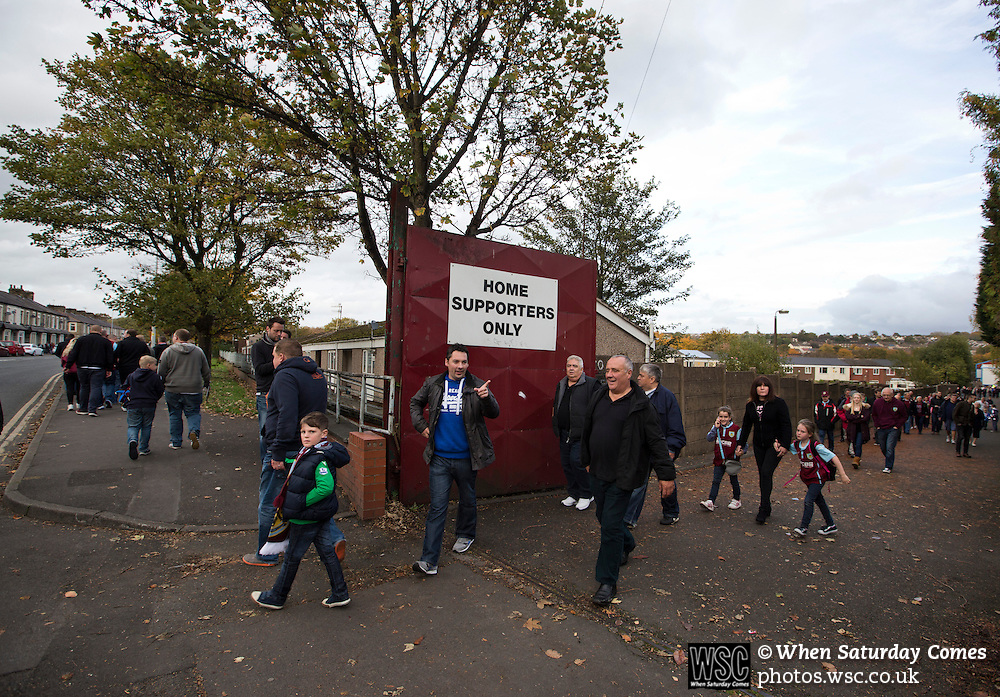