Rangers Fans in Manchester, 14/05/2008. Albert Square, UEFA Cup Final. A fan poses for a souvenir photograph as fans of Glasgow Rangers gather in the centre of Manchester to watch the UEFA Cup final against Zenit St. Petersburg on a large screen in Albert Square, the location of one of the UEFA Fan Zones. The match was staged at the City of Manchester Stadium and was won by the Russian team by two goals to nil. It was Rangers' first European final appearance since they won the Cup-Winners Cup in 1972 and around 150,000 fans gathered in Manchester. Photo by Colin McPherson. 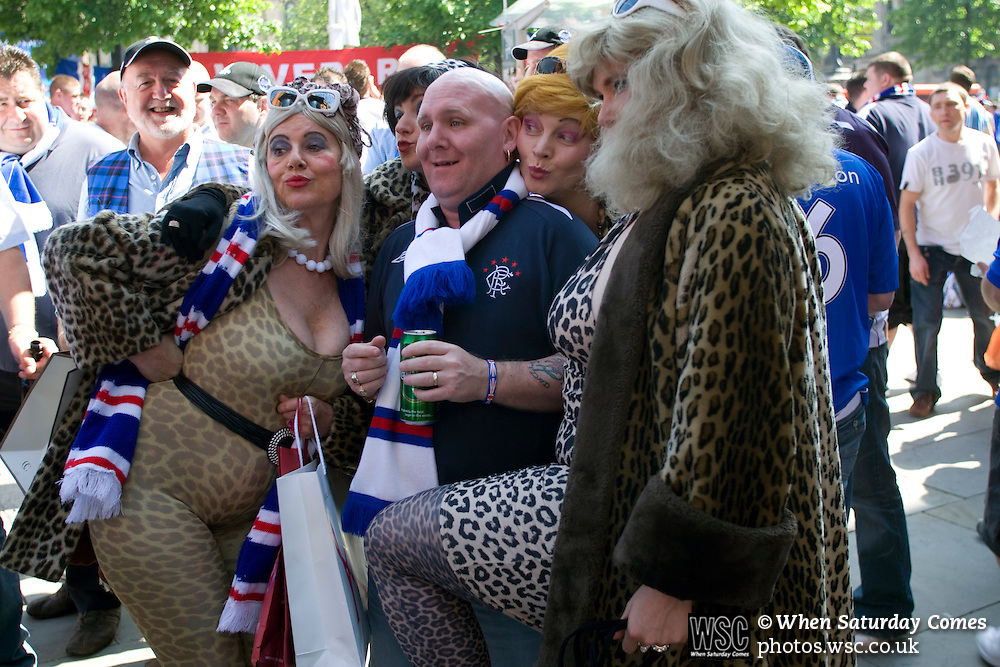