FC United of Manchester 0 Benfica 1, 29/05/2015. Broadhurst Park, Stadium Opening. Home fans at Broadhurst Park, Manchester, the new home of FC United of Manchester leaving the ground at the conclusion of the club's match against Benfica, champions of Portugal, which marked the official opening of their new stadium. FC United Manchester were formed in 2005 by fans disillusioned by the takeover of Manchester United by the Glazer family from America. The club gained several promotions and played in National League North in the 2015-16 season, but lost this match 1-0. Photo by Colin McPherson. 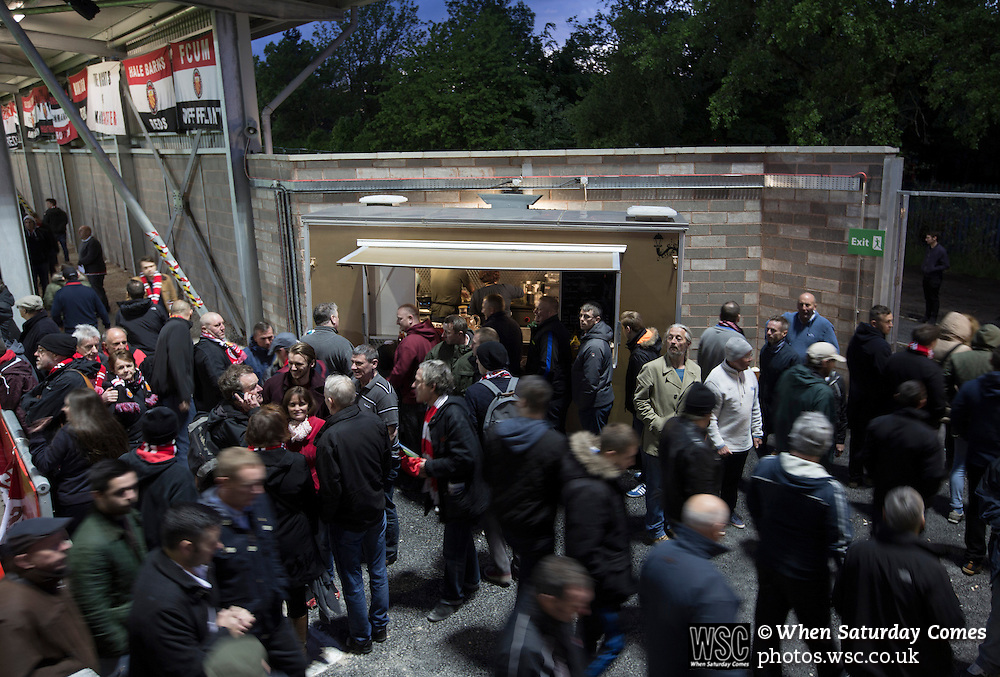