Ukraine 2 Scotland 2, 11/10/2006. Olympic Stadium, Euro 2008 Qualifying. Groundstaff line the pitch at the Olympic Stadium in Kiev prior to the match between Scotland and Ukraine. Ukraine defeated Scotland 2-0 after a goal-less first half in this Euro 2008 group qualifying match played at the Olympic Stadium in Kyiv (Kiev). This was the first competitive international match between the countries. The stadium was built for the 1980 Olympic Games which were held in Soviet Union and features communist insignia. Some of the tournament's matches were staged in Kiev, then part of the USSR. Photo by Colin McPherson. 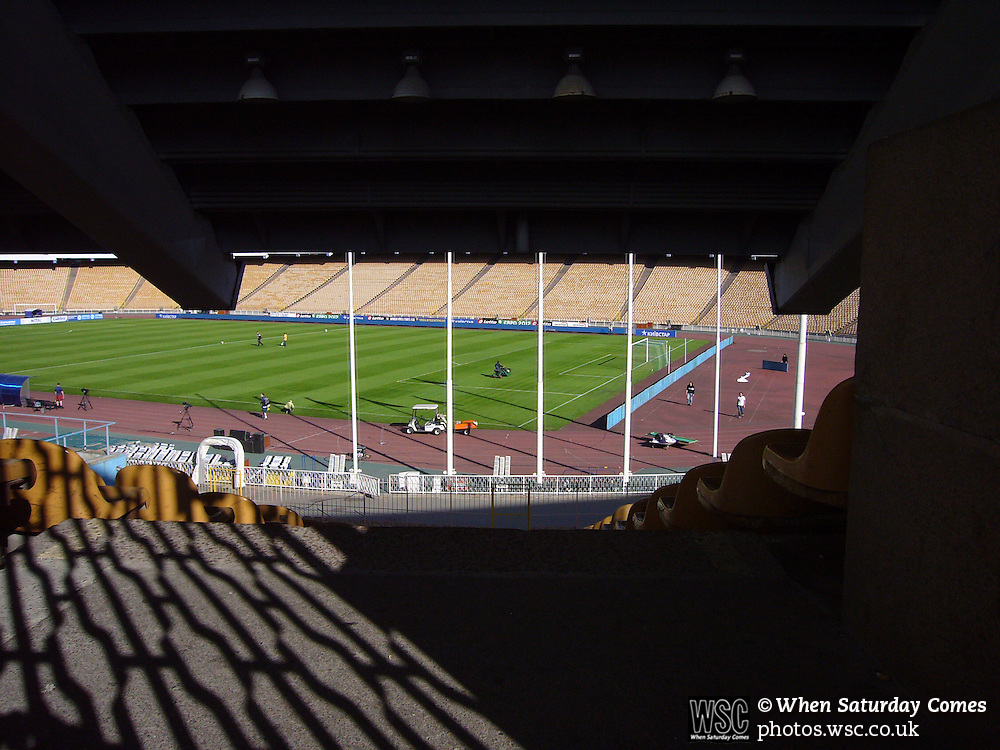