Forest Green Rovers 0 Tranmere Rovers 2, 17/10/2015, New Lawn, National League. An electric car in club colours parked outside the New Lawn, home to Forest Green Rovers, prior to their match against Tranmere Rovers in the National League. The club is based in the village of Nailsworth in Gloucestershire and is owned by businessmen Dale Vince who doesn't allow meat products to be sold to supporters in the ground. The visitors from Merseyside won this game by 2-0 but the hosts remained top of the division. Photo by Colin McPherson. 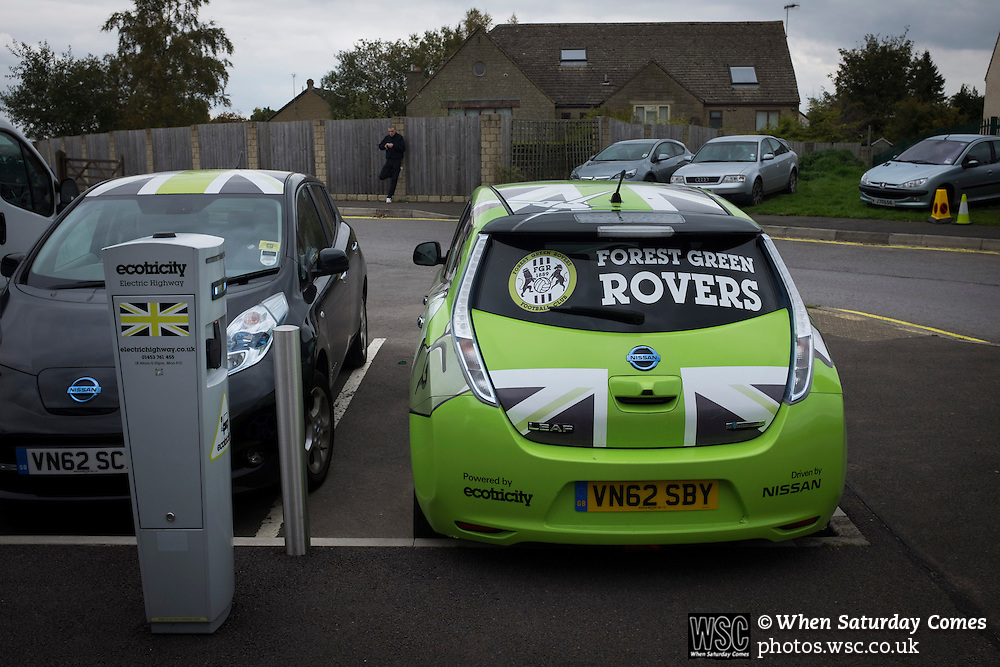