Stockport Pre-Season Training, 09/07/2008. Manor Farm, Timperley, League One. Stockport County manager Jim Gannon watching his players training during a pre-season training session at the club's training ground at Manor Farm, Timperley, Cheshire. Stockport County were promoted up to league One following a play-off final victory over Rochdale at Wembley in May, 2008. Jim Gannon took over as manager of the club in 2006 and lead them to promotion after three seasons in League Two. Photo by Colin McPherson. 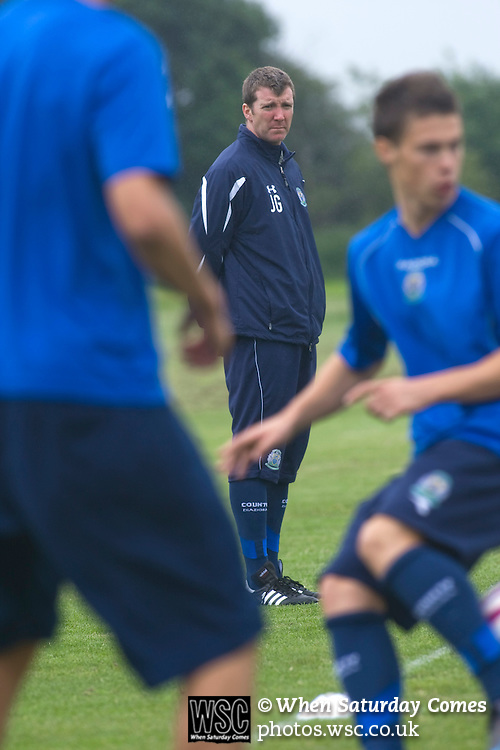