Portsmouth 1 Southampton 1, 18/12/2012. Fratton Park, Championship. One of the buses in a convoy containing Southampton fans approaching Fratton Park stadium down a closed-off street before Portsmouth take on local rivals Southampton in a Championship fixture. Around 3000 away fans were taken directly to the game in a fleet of buses in a police operation known as the "coach bubble" to avoid the possibility of disorder between rival fans. The match ended in a one-all draw watched by a near capacity crowd of 19,879. Photo by Colin McPherson. 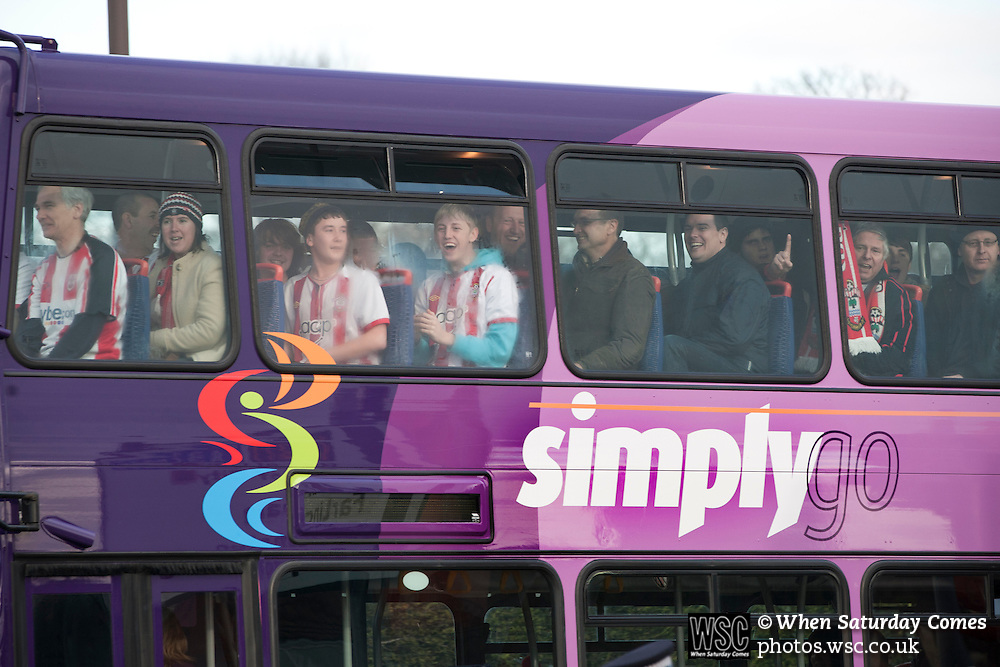