Glentoran 2 Cliftonville 1, 22/10/2016. The Oval, NIFL Premiership. A view across the ground towards the away end with the distinctive Harland and Wolfe ship cranes in the background at The Oval, Belfast, pictured before Glentoran hosted city-rivals Cliftonville in an NIFL Premiership match. Glentoran, formed in 1892, have been based at The Oval since their formation and are historically one of Northern Ireland's 'big two' football clubs. They had an unprecendentally bad start to the 2016-17 league campaign, but came from behind to win this fixture 2-1, watched by a crowd of 1872. Photo by Colin McPherson. 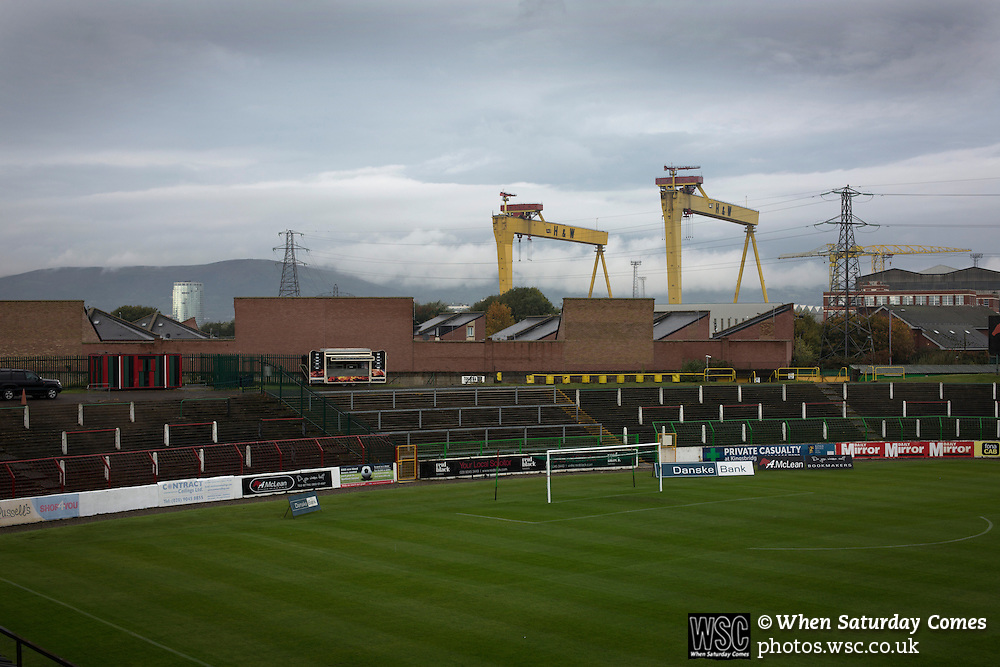