Dundee United 0 Dunfermline Athletic 1, 20/08/2011. Tannadice Park, Scottish Premier League. The view over nearby allotments towards the George Fox stand at Tannadice Park, home of Dundee United on the day they played host to Dunfermline Athletic in a Scottish Premier League match. The visitors won the game by one goal to nil, watched by a crowd of 6,527. Dundee United's stadium was situated on the same street as their city rival Dundee, whose Dens Park ground was visible in the background. 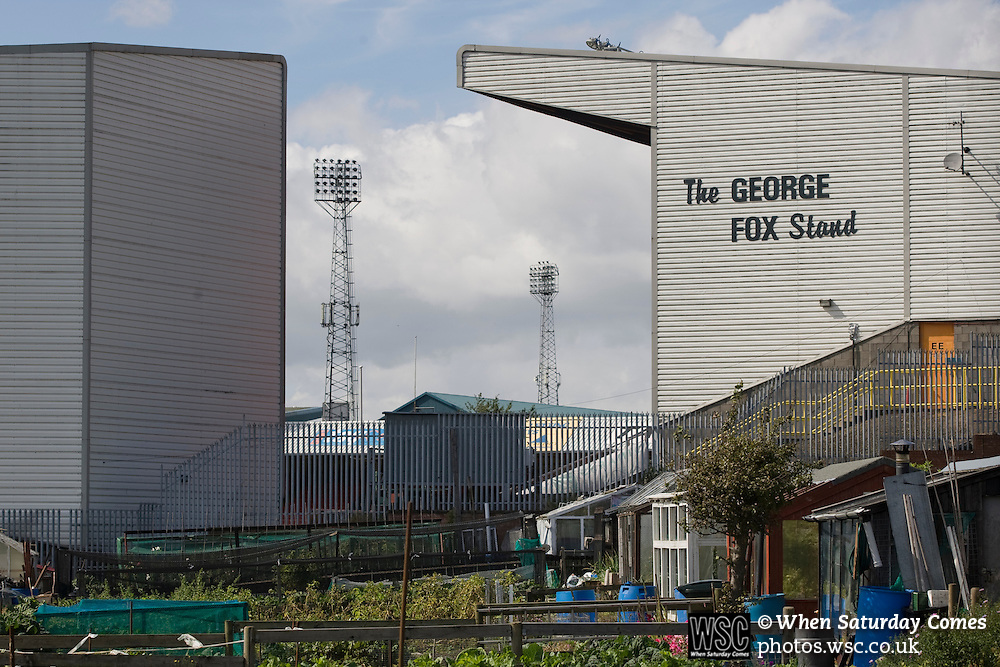