Tow Law Town 2 Heaton Stannington 2, 25.02.2014. Ironworks Road, Tow Law. The visiting players react with disappointment as Tow Law Town (in stripes) equalise for a second time against Heaton Stannington in a Northern League division two fixture at the Ironworks Road ground. It was the visitors first visit to Tow Law, having been promoted from the Northern Alliance last season. The match ended in a 2-2 draw, with the home team equalising in the last minute after having their goalkeeper sent off. Photo by Colin McPherson. 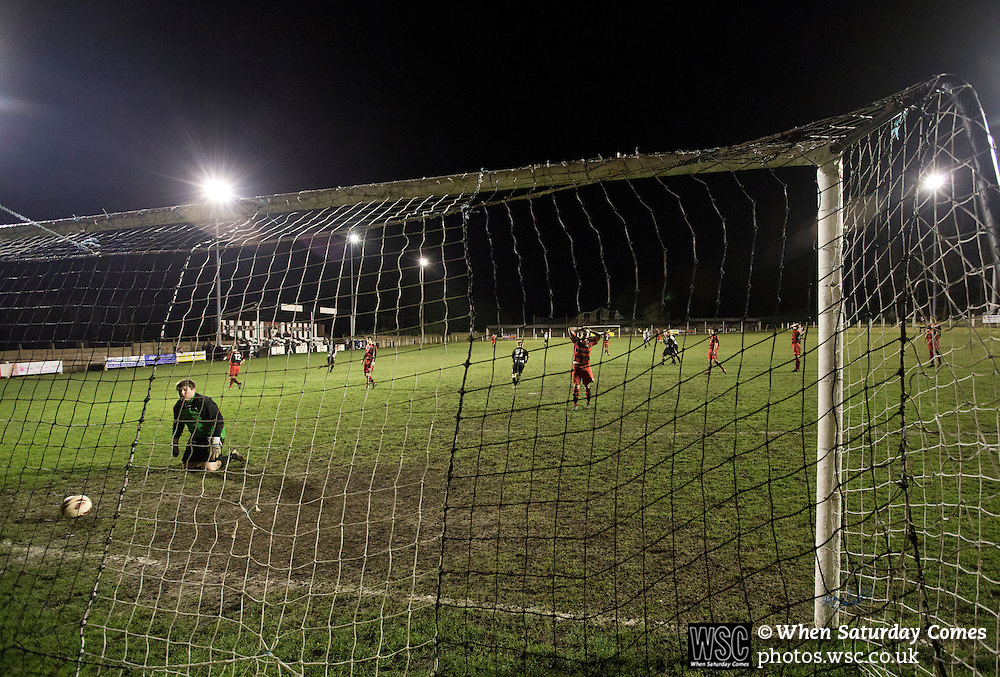