Marine 1 Hyde United 0, 12/12/2020. Marine Travel Arena, FA Trophy First Round. Two spectators at the snack bar inside the ground before Marine play Hyde United in an FA Trophy first round tie at the Marine Travel Arena, formerly known as Rossett Park, in Crosby. Due to coronavirus regulations which had suspended league games, the Merseysiders’ only fixtures were in cup competitions, including their forthcoming tie against Tottenham Hotspur in the FA Cup third round. Marine won the game by 1-0, watched by a permitted capacity of 400, with the visitors having two men sent off in the second half. Photo by Colin McPherson. 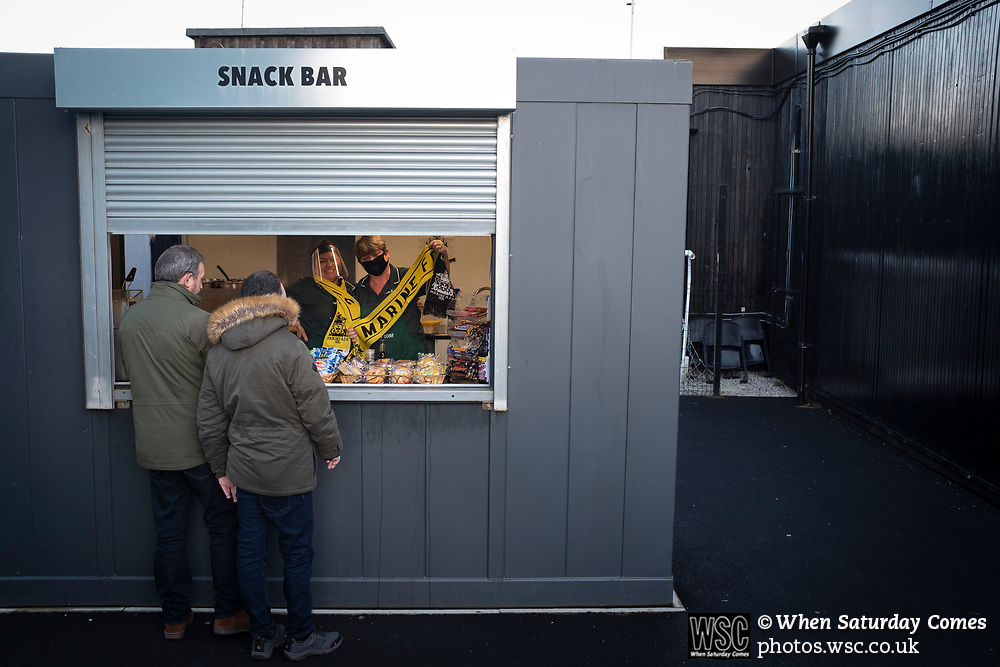