Fleetwood Town 1 Wrexham 1, 10/04/2012. Highbury Stadium, Football Conference Premier. Home supporters making their way out of the Memorial Stand after Fleetwood Town (in red) hosted Wrexham in a Blue Square Conference Premier match at Highbury Stadium. The match, between the top two teams in the division ended in a 1-1 draw watched by a near-capacity crowd of 4996. A victory for the hosts would have seen the club promoted to the Football League for the first time. Photo by Colin McPherson. 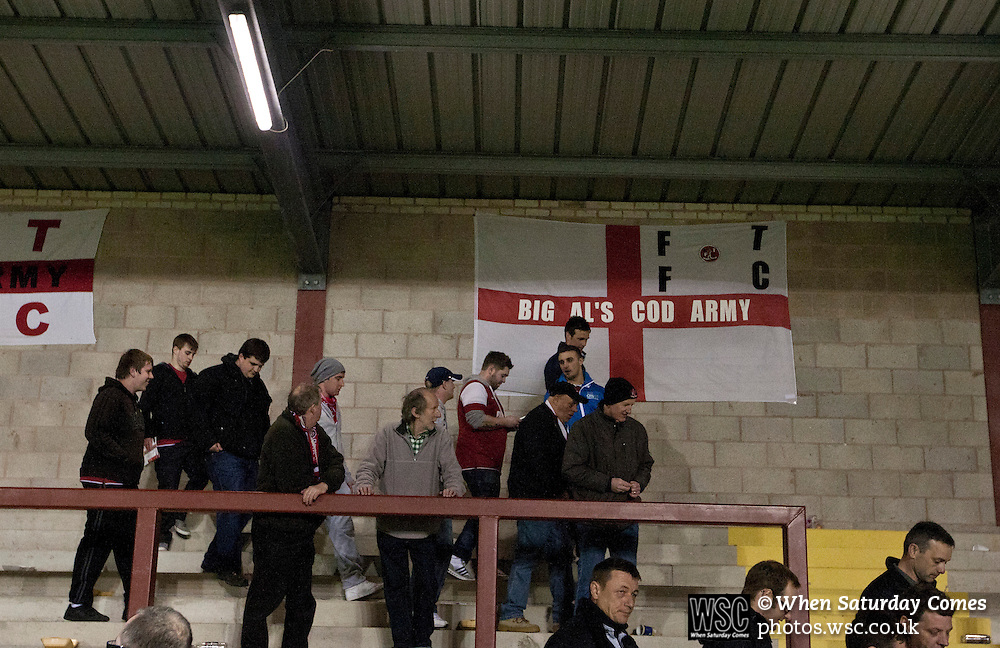