Edinburgh University 3 Selkirk 2, 13/03/2016. Peffermill, Scottish Lowland League. Visiting striker Garry O'Connor helping a man carrying a child in a pram up a stairway before Edinburgh University took on Selkirk in a Scottish Lowland League match at Peffermill, Edinburgh in a game the hosts won 3-2. The match was one of six attended by members of GroundhopUK over the weekend to accommodate groundhoppers, fans who attempt to visit as many football venues as possible. Around 100 fans in two coaches from England participated in the 2016 Lowland League Groundhop and they were joined by other individuals from across the UK which helped boost crowds at the six featured matches. Photo by Colin McPherson. 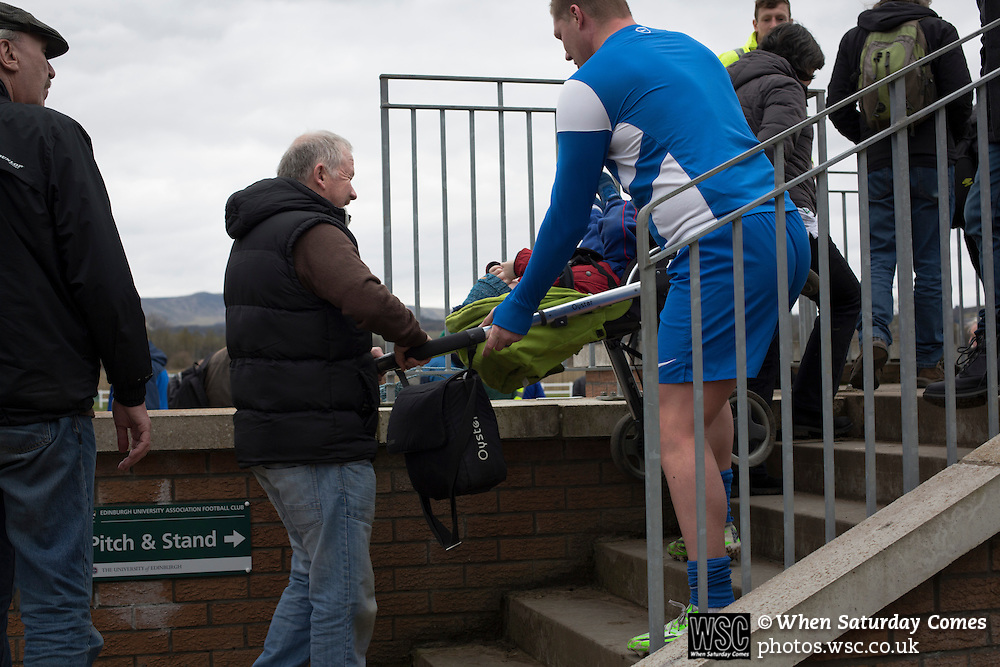