Tranmere Rovers 1 Port Vale 1, 19/02/2022. Prenton Park, League 2. Three young boys walking past the mural of former home team players Ray Mathias and Ian Muir on their way to the game before Tranmere Rovers play Port Vale in a League 2 fixture at Prenton Park. Founded in 1884 as Belmont Football Club, Rovers adopted their current name the following year and have played at the stadium in Birkenhead since it opened in 1912. This match ended 1-1, Josh Hawkes opening the scoring before Jamie Proctor equalised for the visitors in the 94th minute in a match watched by 7456 spectators. Photo by Colin McPherson. 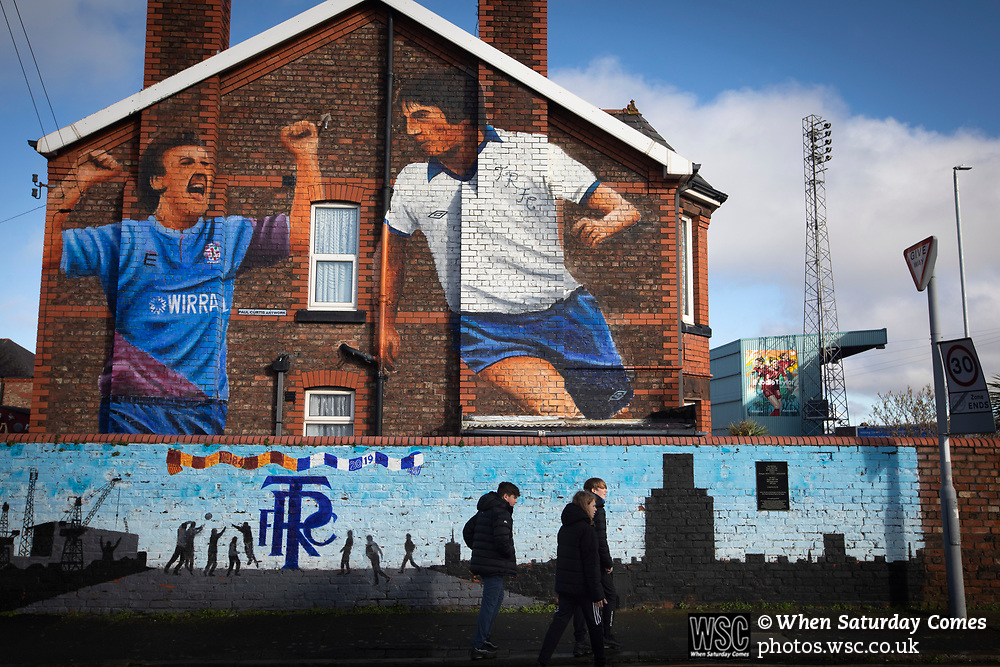