Gala Fairydean Rovers 4, Gretna 1, 25/01/2020. Netherdale, Scottish Lowland League. First-half action as Gala Fairydean Rovers (in red) host Gretna 2008 in a Scottish Lowland League match at Netherdale, Galashiels, with the adjoining rugby ground simultaneously hosting a Scottish National League 1 match between Gala RFC and Heriot's FP. The home club were established in 2013 through a merger of Gala Fairydean, one of Scotland's most successful non-League clubs, and local amateur club Gala Rovers. The visitors were a 'phoenix' club set up in the wake of the collapse of the original club, which had competed for a short time in the 2000s before going bankrupt. The home aside won this encounter 4-1 watched by a crowd of 120. Photo by Colin McPherson. 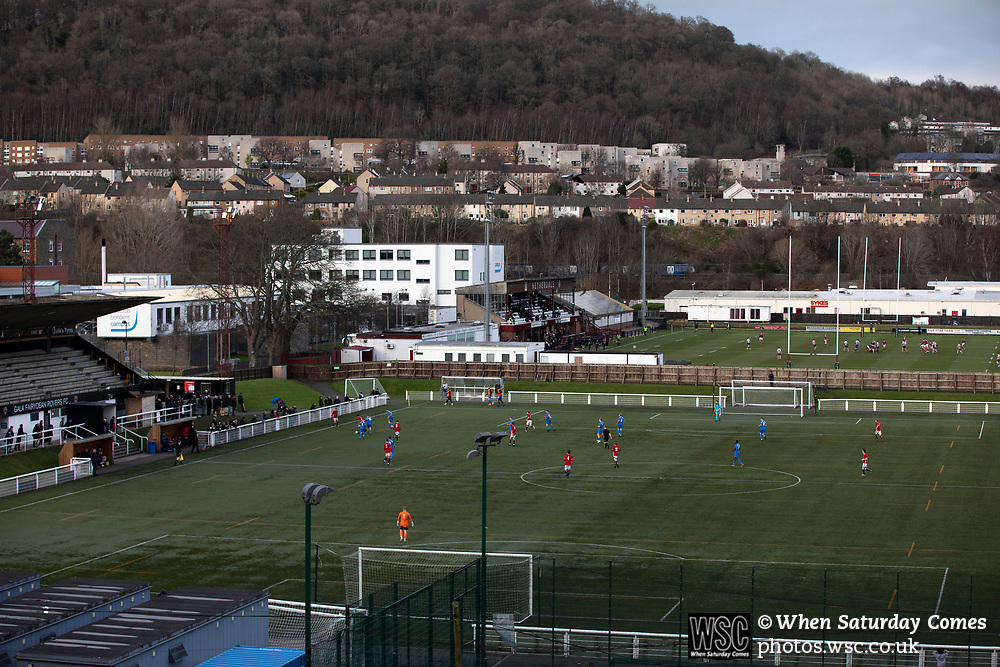