Port Talbot Town 3 Caerau Ely 0, 06/02/2016. Genquip Stadium, Welsh Cup fourth round. Spectators making their way towards the turnstiles before Port Talbot Town played host to Caerau Ely in a Welsh Cup fourth round tie at the Genquip Stadium, formerly known as Victoria Road. Formed by exiled Scots in 1901 as Port Talbot Athletic, they competed in local and regional football before being promoted to the League of Wales in 2000 and changing their name to the current version a year later. Town won this tie 3-0 against their opponents from the Welsh League, one level below the welsh Premier League where Port Talbot competed, watched by a crowd of 113. Photo by Colin McPherson. 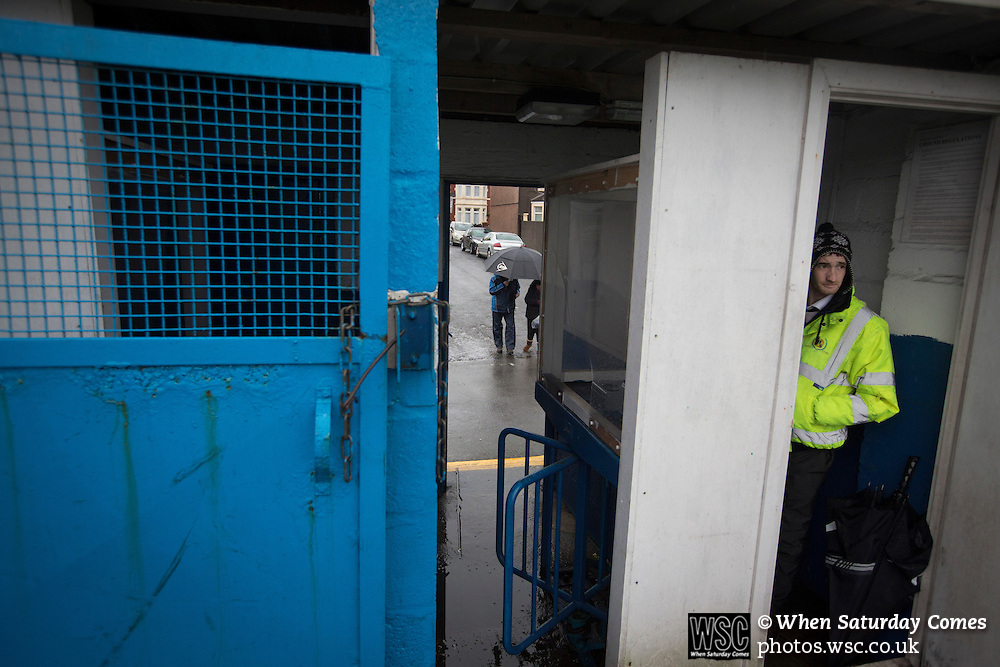