Altrincham 2 Worcester City 0, 23/03/2013. Moss Lane, Blue Square Bet North. A sign reading 'home supporters and away supporters' on the outside wall of the stadium before the Blue Square Bet North fixture between Altrincham and Worcester City at Moss Lane, Altrincham. The home team won the match 2-0 watched by 777 spectators on a day when most non-League football in England was cancelled due to adverse weather. Altrincham were historically one of the major English non-League teams but have never been promoted to the Football League. Photo by Colin McPherson. 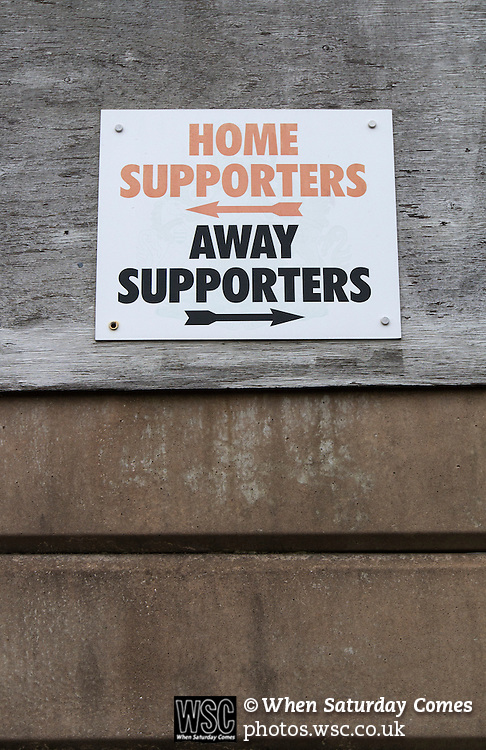