Wealdstone 0 Newport County 0, 17/03/2012. St Georges Stadium, FA Trophy Semi Final. Signs asking players and spectators to keep off the pitch inside St Georges Stadium, home ground of Wealdstone FC, before the club played host to Newport County in the semi-final second leg of the F.A. Trophy. The game ended in a goalless draw, watched by a capacity crowd of 2,092 which meant the visitors from Wales progressed by three goals to one to the competition's final at Wembley, where they would meet York City. The F.A. Trophy was the premier cup competition for non-League clubs in England and Wales affiliated to the Football Association. Photo by Colin McPherson. 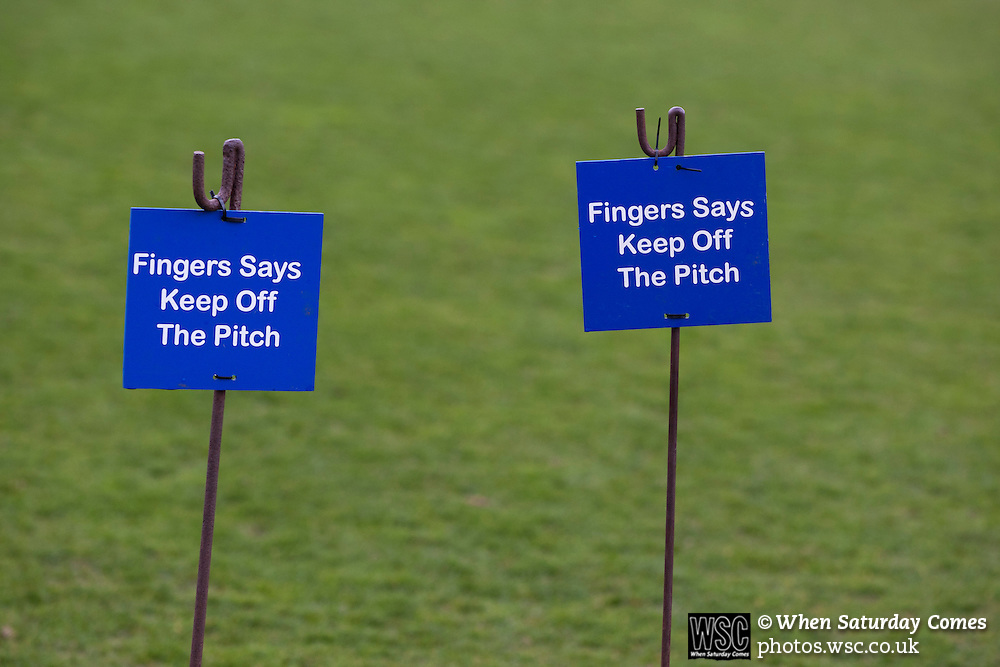