Crewe Alexandra 1 Leyton Orient 2, 18/01/2014. Gresty Road, League One. Visiting players and fans celebrating their team's first goal during the second half of Crewe Alexandra's home game against Leyton Orient (in yellow) in the SkyBet League One at the Alexandra Stadium, Gresty Road, Crewe. The match was won by the visitors from London by 2-1 with two goals on debut by Chris Dagnall, sending Orient to the top of the league. The match was watched by 4830 spectators. Photo by Colin McPherson. 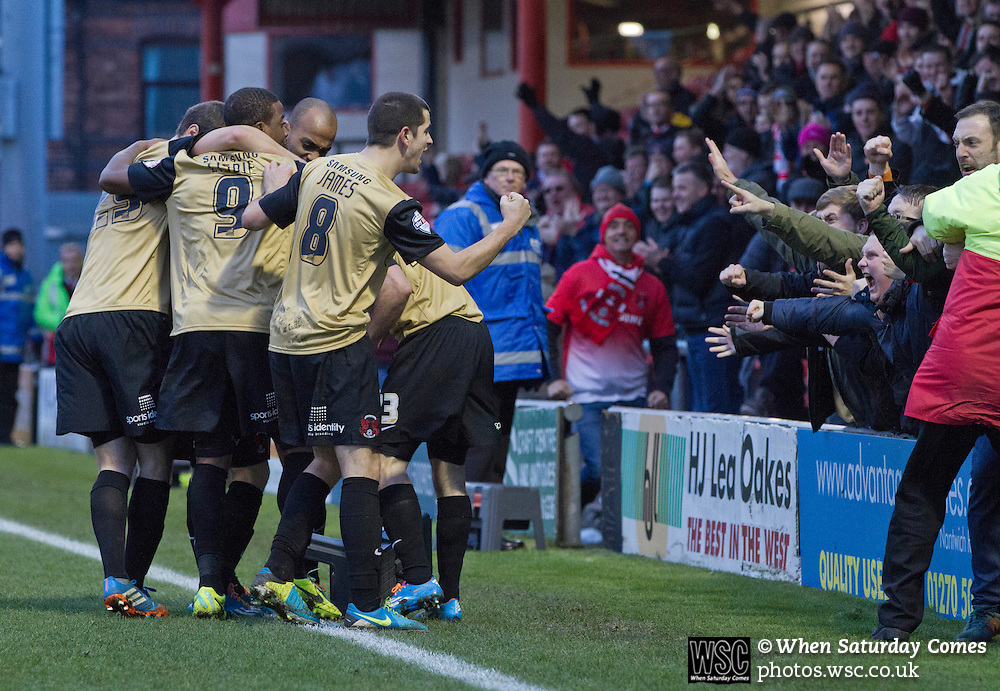