Bristol City 1 Middlesbrough 0, 16/01/2016. Ashton Gate, Championship. General match action during the game between managerless Bristol City and Championship leaders Middlesbrough. Ashton Gate is located in the south-west of the city, it currently has an all-seated capacity of 16,600, due to redevelopment, which will increase to a capacity of 27,000 by the start of the 2016-17 season. Bristol City won the game one goal to nil with a headed injury time winner. Photo by Simon Gill 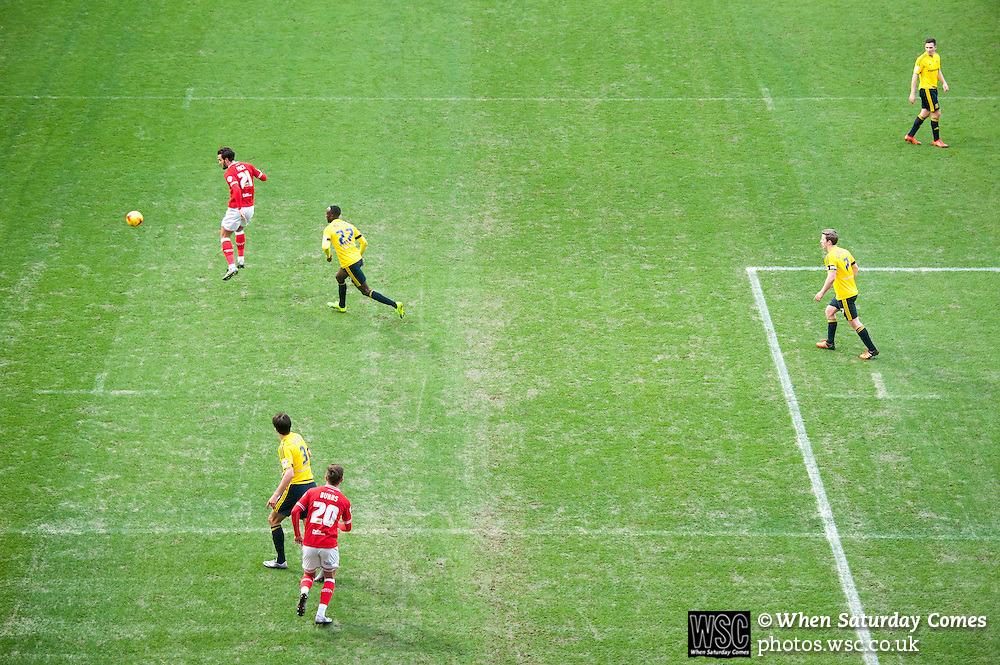