Stourbridge 4 Biggleswade Town 1, 09/11/2013. FA Cup 1st round, War memorial Athletic Ground. Home supporters wearing poppies coming through the turnstiles before Stourbridge FC's match against visitors Biggleswade Town FC at the War memorial Athletic Ground in the FA Cup first round, a stadium which also doubles as a cricket ground. The match was won by the home side by four goals to one, watched by a capacity crowd of 1605. It was Biggleswade's first appearance at the first round stage of the cup, winners Stourbridge went on to play Stevenage in the second round. Photo by Colin McPherson 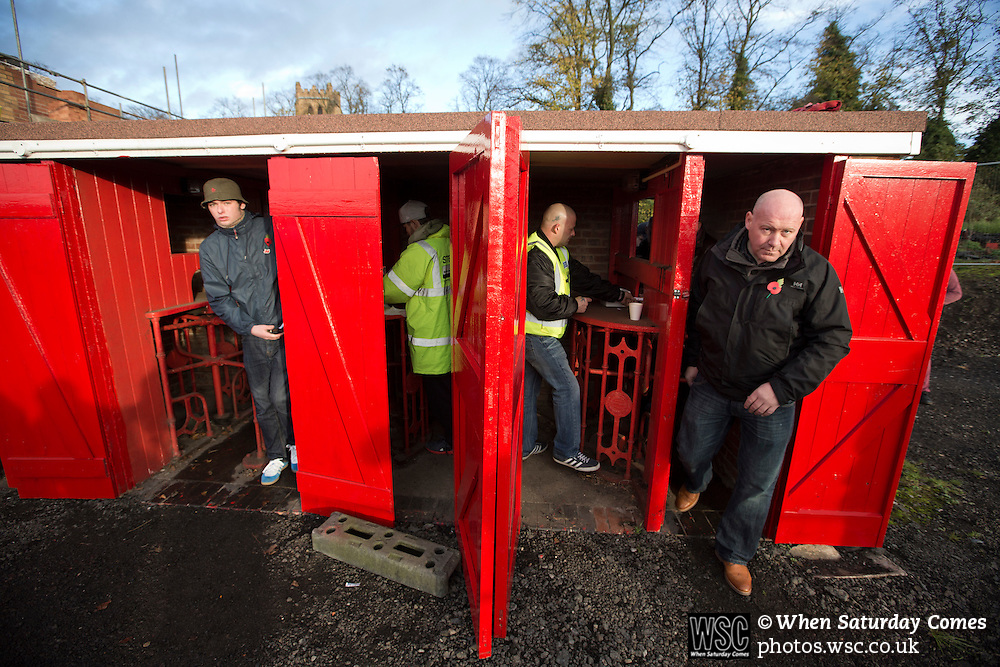